These sackings were cleared by a designated committee of the Jammu and Kashmir administration constituted for recommending cases under relevant section of the Indian Constitution. 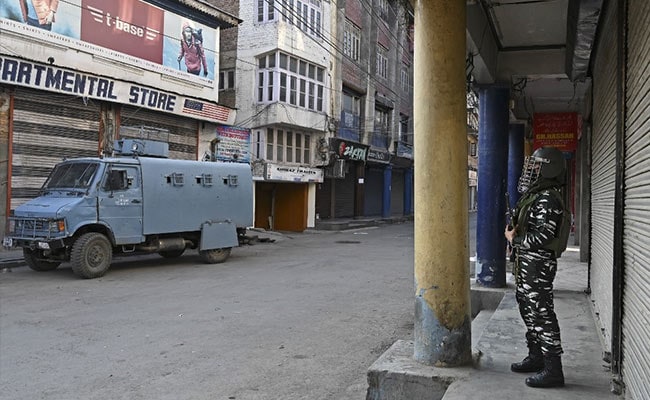 Six employees of the Jammu and Kashmir government, including two police constables, were dismissed from government service for having terror links and supporting terrorists, officials said.

These sackings were cleared by a designated committee of the Jammu and Kashmir administration constituted for recommending cases under Article 311(2)(c) of the Constitution under which a government employee can be dismissed when the President or the Governor is satisfied that in the interest of the security of state it is not expedient to hold such an inquiry.

Of the six sacked, one Abdul Hamid Wani was working as a teacher. The officials alleged that before being in government service, Wani was a district commander of the now-defunct terrorist outfit Allah Tigers.

It is alleged that Wani secured his employment without any selection process, by leveraging the influence of the banned outfit Jamaat-e-Islami (JeI) and that he was among the key speakers and organisers during the 2016 agitations after Burhan Wani, the poster boy of banned terror group Hizbul Mujahideen was killed.

It is also alleged that he propagated secessionist ideology.

Police constable Jaffer Hussain Butt, a resident of Kishtwar in the Jammu region, was arrested by the police and charge-sheeted by the National Investigation Agency (NIA) in a case on gun-running, the officials said.

Currently, out on bail, Butt is alleged to have provided his car to Hizbul Mujahideen terrorists and facilitated their safe movement, as explained in the NIA chargesheet.

Junior assistant Mohd Rafi Butt, also a resident of Kishtwar and posted in the Road and Building Department, was sacked for providing logistical support to Hizbul Mujahideen terrorists in Kishtwar and for providing them with a safe environment to execute their terror plans, they said.

His name also figures in an FIR registered by the NIA. He was arrested and is currently out on bail.

Liyaqat Ali Kakroo, a resident of Baramulla in North Kashmir and a teacher by profession since 1983, was arrested in 2001 which "revealed that he was a locally-trained terrorist", they said.

An explosive substance was recovered from his possession and he was charged under the Public Safety Act (PSA) for two years in 2002. He was subsequently acquitted by the court in both cases.

Tariq Mehmood Kohli, a resident of Poonch and posted as a range officer in the Forest Department, has been sacked for allegedly being involved in smuggling of illegal arms, ammunition, explosives, including hard drugs and Fake Indian Currency Notes (FICN) from Pakistan, the officials said.

He is alleged to have remained in touch with active terrorists.

Another police constable, Showkat Ahmad Khan, a resident of Budgam in Central Kashmir, is alleged to have been involved in looting weapons from an MLC's house. He was detained under the PSA in 2019, they said.