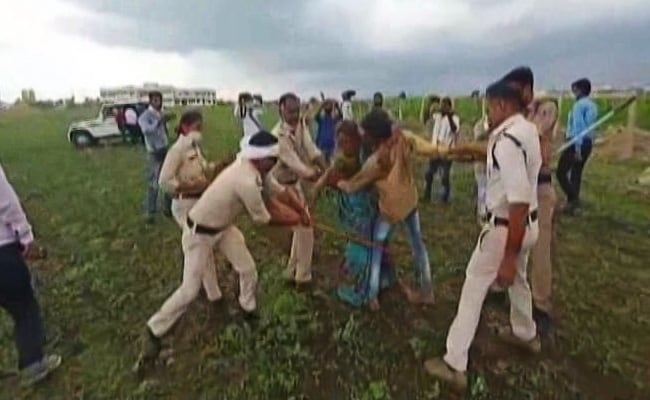 After shunting out the collector, Superintendent of Police (SP) of Guna district and Inspector General (IG) of Gwalior range over the beating of a Dalit couple at Guna, the Madhya Pradesh government on Thursday suspended six police personnel allegedly involved in the incident.

The incident at Guna town comes ahead of bypolls to 25 Assembly seats in Madhya Pradesh.

Home minister Narottam Mishra also informed that a high-level probe had been ordered by Chief Minister Shivraj Singh Chouhan into the incident.

On Tuesday, a Dalit couple drank pesticide when officials tried to evict them from a piece of government land in Guna city, allotted for a college, which they were cultivating. Their condition was now said to be stable. Rajkumar Ahirwar (38) and his wife Savitri (35) had reportedly leased the land from those who had encroached on it, officials said.

Police were compelled to use force against them as they resisted the eviction and refused to go to hospital after drinking pesticide, officials said.

A video which went viral on social media showed the police beating the man with batons severely.

Opposition Congress slammed the use of force and demanded action against those responsible for the incident.

Madhya Pradesh BJP president Vishnu Dutt Sharma alleged that Gabbu Pardi who had allegedly encroached on the land was a Congress worker who was close to a senior Congress leader.

"It is a very unfortunate incident. The government has taken it very seriously and removed the Collector, SP and IG," he said.

State Congress spokesman, Bhupendra Gupta demanded a probe by a sitting judge in the matter and also suspension of senior officials.