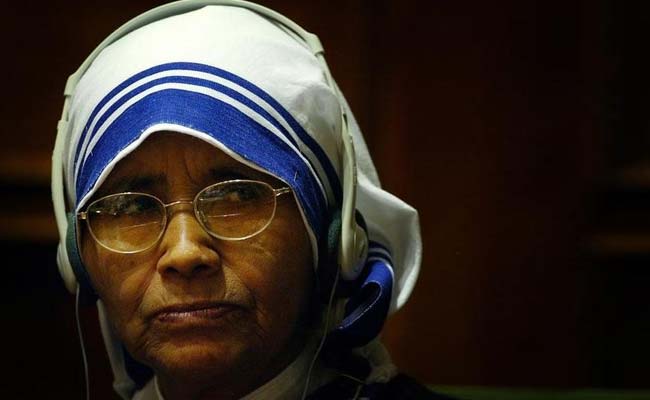 FILE: Sister Nirmala Joshi who succeeded Mother Teresa as the head of the Missionaries of Charity (Reuters photo)

Kolkata: Sister Nirmala, who succeeded Mother Teresa as the head of the Missionaries of Charity founded by the Nobel laureate, died this morning. She was 81.

A Missionaries of Charity official said Sister Nirmala had not been well for the past few days.

Her body is lying in state at St John's Church in Sealdah and will be shifted to Mother House in Kolkata tomorrow. The funeral will be held at 4 pm tomorrow.

Prime Minister Narendra Modi was among the first to tweet his condolences.

"Sister Nirmala's life was devoted to service, caring for the poor & underprivileged. Saddened by her demise. May her soul rest in peace," PM Modi posted.

Congress leader Rahul Gandhi tweeted: "Extremely saddened at the passing away of Sister Nirmala.She carried forward Mother Teresa's work with quiet dedication &dignity. She will be missed by the countless whose lives she touched."

On March 13, 1997, six months before Mother Teresa's death, Nirmala Joshi was selected the Superior General of the Missionaries of Charity. She expanded the organisation's reach to 134 countries by opening centres in nations such as Afghanistan, Israel and Thailand.

Sister Nirmala stepped down in 2009 due to poor health. Sister Mary Prema was elected to succeed her during a general chapter held in Calcutta in April 2009.