Simlipal Forest fire: Union Minister Prakash Javadekar tweeted that a team of experts will help the Odisha government to tackle the fire 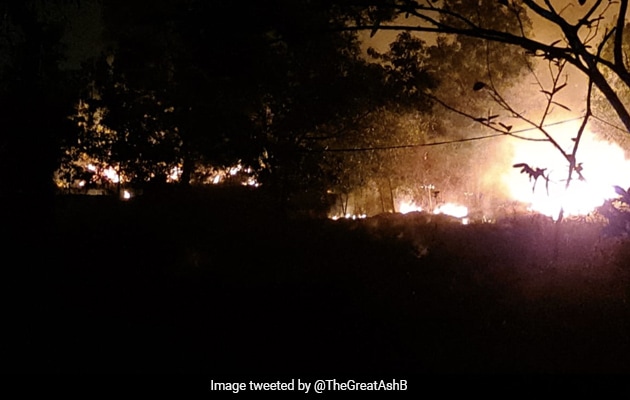 In the wake of a raging forest fire in Odisha's Simlipal National Park for over a week, Union Environment Minister Prakash Javadekar on Wednesday said a committee of experts is being sent to help the state government manage such incidents in the region. Announcing the decision on Twitter, Mr Javadekar also said that he discussed the forest fire with Union Minister of Petroleum and Natural Gas, Dharmendra Pradhan and other parliamentarians from Odisha.

A massive fire devastated vast tracts of Simlipal National Park in Mayurbhanj district and other wildlife habitats nearby, raising concern among environmental activists over its possible impact. The Odisha government on Tuesday claimed that no life was lost in the forest fire and that 95 per cent of the fire points have been extinguished or at least attended to.

"Today, Shri Dharmendra Pradhan and other MPs from Odisha met me regarding the forest fire in Simlipal National Park and nearby. The Ministry of Environment, Forest and Climate Change is sending a committee of experts to Odisha to give technical advise and help out the state forest department in effective management of forest fire incidents in the region," Mr Javadekar tweeted.