The stranded tourists were provided food, shelter and medical care at the army camp. 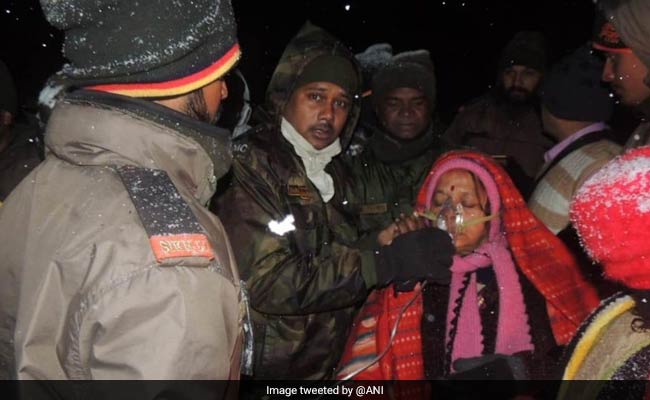 The tourists were given immediate medical care after being rescued.

The army on Wednesday rescued over 150 tourists who were stuck in North Sikkim due to heavy snowfall.

The tourists were left helpless after a heavy snowfall, that lasted over two hours, cut them off in the popular Lachung Valley.

The army reached the spot to rescue the stranded tourists. 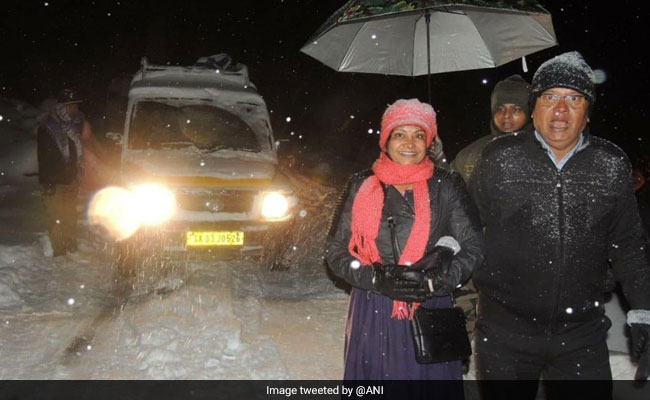 A tourist smiles after being rescued by the army.

"Medical care was immediately given to a lady with fractured hand and all those who complained of dizziness, breathlessness and other high-altitude related symptoms," informed the army in a press release.

Last month, the army rescued over 3,000 tourists who were stuck near the India-China border in Sikkim's Nathula Pass due to heavy snowfall. The jawans even vacated their barracks to accommodate the stranded tourists.