Over 3,000 Tourists Stuck In Sikkim Due To Heavy Snowfall Rescued By Army

The stranded tourists in Sikkim have been provided food, shelter and warm clothes by the Army.

Stranded tourists in Sikkim being attended by the Army staff.

The Indian Army has rescued over 3,000 tourists who were stuck near the India-China border in Sikkim's Nathula Pass due to heavy snowfall. The jawans have vacated their barracks to accommodate the stranded tourists.

The stranded tourists include women  and children and have been provided food, shelter and warm clothes by the Army, a Defence Ministry official said.

"300 to 400 civil vehicles were stranded near 17 Mile carrying tourists who were returning after visiting Nathu La Pass along the Indo-China border. The Indian Army immediately swung into action to provide rescue and relief to the stranded tourists including food, shelter, warm clothing and medicines," the official told news agency ANI. 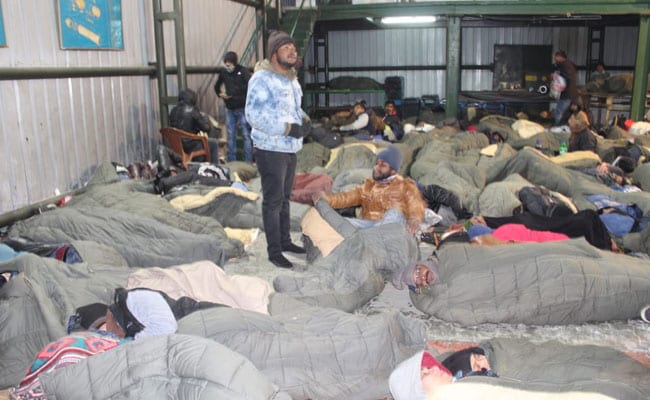 The Army jawans vacated their barracks to accommodate the stranded tourists.

Around 1,500 tourists have been accommodated at 17 Mile, while the remaining tourists were shifted to 13 Mile, the official said.

The Army has also provided heavy machines and dozers of the Border Roads Organisation for snow clearance and restoration of road connectivity. 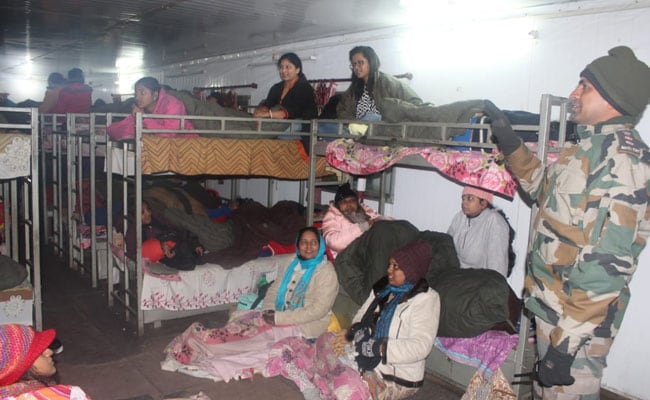 Due to heavy snow on roads, the Army is unable to move the tourists further.

Due to heavy snow cover on roads and freezing temperature, the Army is unable to move the tourists ahead, but say that the evacuation operation will continue till all stranded tourists are safely moved out towards Gangtok.