Led by Supreme Sikh Organisation (SSO) chairperson S Gurmeet Singh, the demonstrators said they would intensify their protest if their demand is not met. 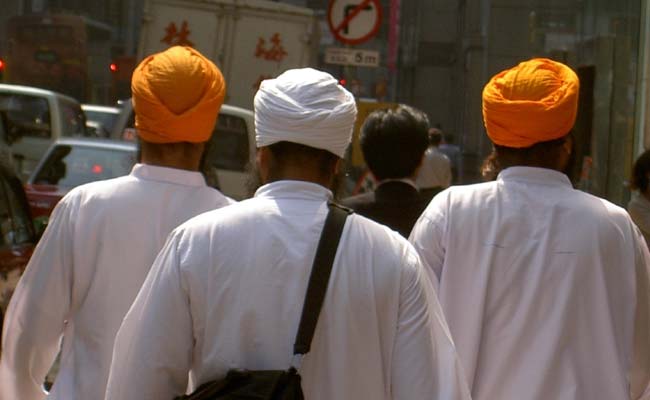 Members of the Sikh community staged a demonstration in Jammu today, demanding inclusion of Punjabi in the list of official languages in Jammu and Kashmir.

Led by Supreme Sikh Organisation (SSO) chairperson S Gurmeet Singh, the demonstrators said they would intensify their protest if their demand is not met.

The protest in Gandhi Nagar locality of Jammu came days after the Union Cabinet on September 2 approved a bill under which Kashmiri, Dogri and Hindi, apart from the existing Urdu and English, will be the official languages in the union territory of Jammu and Kashmir.

Mr Singh said, "We held this rally to express our anger over the step-motherly treatment being meted out to Punjabi-speaking people. We want the Centre to include Punjabi and other regional languages in the official list."

"Punjabi belongs to all and not only to Sikhs. We want all the native languages to grow in the Union Territory as people speaking in Gojri, Pahari and Punjabi comprise one-third of its population," he said, adding the Sikh community stands for Punjabi and the spirit of inclusiveness.

Gojri and Pahari speaking people have also expressed their resentment over the exclusion of their languages.