Significant decline in incidents of crime in Delhi: Govt 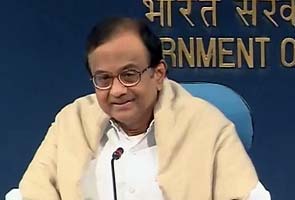 New Delhi: The government has said the crime rate in the national capital has declined significantly due to improved policing, notwithstanding frequent incidents of rape and murder in the city.

"The universally accepted measure of the incidents of crime is 'number of crimes per 100,000 population. The total number of crimes recorded in Delhi in 1999 was 58,701. In subsequent years it declined marginally," Home Minister P Chidambaram said.

"The public perception is based on the media reports which look towards an incident. What I am talking is about international standards and the numbers speak for themselves," he said.

"Policing in Delhi has improved significantly. We have added 41 new police stations and we have recruited 14,565 personnel in the last two years. We have also inducted 130 patrol cars and 775 motor-cycles for better policing.

"Many other innovations and improvements have been brought about in the Delhi Police. I would request the people of Delhi to support their police force," he said.

His comments assume significantly as it comes days after a 17-year-old girl was found murdered on the New Year Day. There have been at least four incidents of rape reported in the capital since November last year.
Comments
Delhicrime in DelhiChidambaram