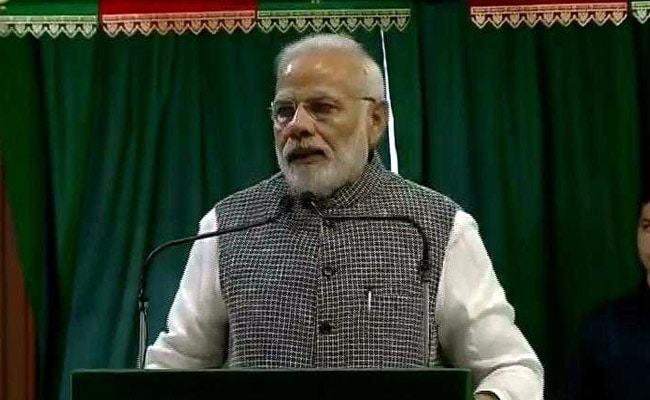 The letter was signed by members of the outfit. (File)

In a letter signed in blood, the Akhil Bharat Hindu Mahasabha has accused Prime Minister Narendra Modi of playing vote bank politics by bringing the recent amendment to the SC/ST Act, an office bearer said.

Hindu Mahasabha secretary Puja Shakun Pandey has also threatened to kill herself, seeking the prime minister's "permission" to commit euthanasia if the amendments are not withdrawn. The letter was signed in blood by her and 14 other Mahasabha members, she claimed.

Parliament recently passed amendments to the Scheduled Castes and Scheduled Tribes (Prevention of Atrocities) Act, nullifying a Supreme Court order earlier this year that had spelled out safeguards against immediate arrests under the Act.

The amendment Bill was introduced in the parliament after Dalit organisations protested against the SC court order, saying it had "diluted" the law to protect the community. The Hindu Mahasabha had recently appointed Pandey as the "judge' of a "Hindu court" set up on the pattern of "Shariat courts".

Shakun Pandey's letter accused the Modi government of playing vote bank politics while infringing on the rights of the upper castes and Other Backward Classes, she told reporters Friday.

She claimed the recent amendments will intensify friction between castes, leading to further confrontation within society.

The letter said upper castes are  apprehensive that the amendments would lead to misuse and exploitation of the Act. This could lead to an explosive situation, she said.

Upper caste organisations had given a call for a `Bharat bandh' on September 10 to protest against the amendments.