'Should I take moral responsibility for depravity in society?' Delhi Police chief to NDTV 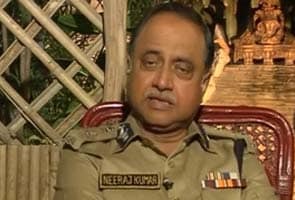 New Delhi: For a fourth day, large protests in Delhi  expressed the widespread anger and frustration over the barbarous attack on a five-year-old. The demonstrators have been demanding the resignation of  Delhi Police Commissioner Neeraj Kumar, who appeared to rule that out.