Protesting Traders say the US retail giant's buyout of Bengaluru-based Flipkart will create a monopoly in the retail market. 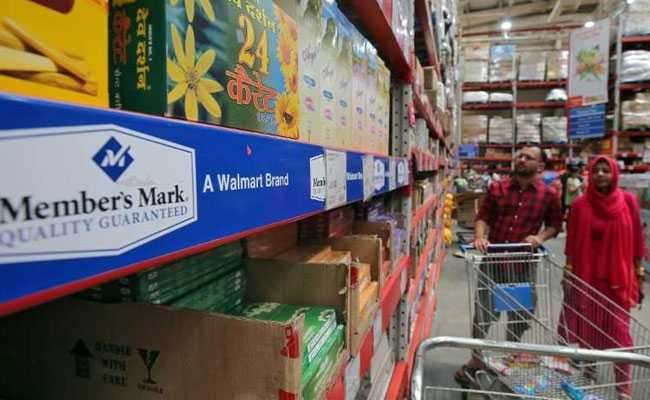 The Confederation of All India Traders (CAIT) says the US retail giant's buyout of Bengaluru-based Flipkart will create a monopoly in the retail market and drive mom-and-pop stores out of business.

Praveen Khandelwal, the secretary general of CAIT, told Reuters he expected a million people to join today's sit-in protests across hundreds of cities, including in Mumbai and cities in Prime Minister Narendra Modi's home state of Gujarat.

"This is the first phase of our protest. And if the government doesn't listen, we will decide our future course of action at our national convention in Delhi later this month," Mr Khandelwal said.

The sit-in in Delhi though, where CAIT is based, attracted just about 50 traders and shopkeepers by noon (0630 GMT), according to a Reuters witness.

Satinder Wadhwa, a watch seller who attended the Delhi demonstration, said a cash-rich Flipkart will be a major threat to small businesses like his own, which were already suffering due to a ban on high-value currency notes in December 2016 as well as a nationwide sales tax that was introduced a year ago.

In Guwahati, about 300 traders gathered to protest against the Walmart-Flipkart deal. They also demanded simplification of the nationwide sales tax, said Rupam Goswami, vice president of CAIT.

Bentonville, Arkansas-headquartered Walmart announced in May that it was acquiring roughly 77 per cent of Flipkart, a deal that now awaits the approval of the country's anti-trust regulator.

Multiple sources and lawyers close to the deal have previously told Reuters that while the Competition Commission of India will consider all arguments, the CAIT did not pose a challenge to the acquisition.

Walmart, which currently runs 21 cash-and-carry stores in India, said on Monday it had been supporting local manufacturing in the country by sourcing from small and medium suppliers, farmers and businesses run by women.

"Our partnership with Flipkart will provide thousands of local suppliers and manufacturers access to consumers through the marketplace model," Rajneesh Kumar, senior vice president, Walmart India, said in a statement.