Shivraj Singh Chouhan flew to New Delhi on Sunday to hold consultations with the central BJP leadership over the much- talked about cabinet expansion. 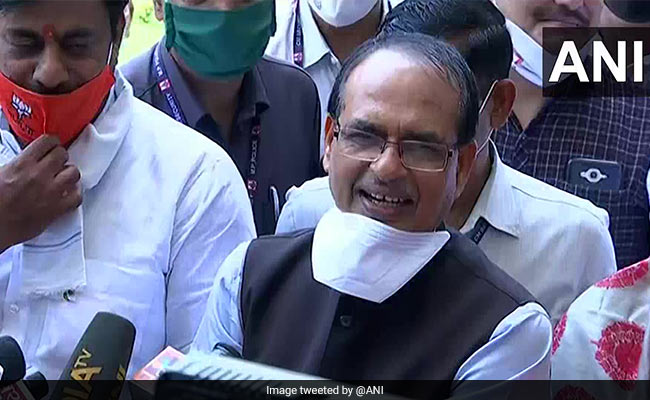 Shivraj Singh Chouhan flew to New Delhi on Sunday to hold consultations with the central BJP leadership over the much- talked about cabinet expansion.

Talking to reporters on the sidelines of a programme in Bhopal on Wednesday, Shivraj Singh Chouhan said, "The governor will take oath today. The cabinet members will take oath tomorrow." Uttar Pradesh Governor Anandiben Patel has been given the additional charge of Madhya Pradesh in view of incumbent Lalji Tandon's hospitalisation.

Asked about the delay in cabinet expansion, Shivraj Singh Chouhan said, "Only amrit (elixir) comes out of manthan (churning), vish (poison) is consumed by (Lord) Shiva."

Around 20 to 25 new members, including some former Congress MLAs who had joined the BJP in March, are likely to be inducted into the cabinet, sources in the BJP earlier said.

Shivraj Singh Chouhan took oath as chief minister for a record fourth term on March 23 this year, after Kamal Nath resigned from the top post following a rebellion by nearly two dozen MLAs of the Congress.

Most of the rebels were considered close to former Union minister Jyotiraditya Scindia, who quit the Congress and joined the BJP more than three months ago.

The initial ''mini'' expansion of the Shivraj Singh  Chouhan cabinet took place on April 21 with the induction of five ministers, including two former Congress MLAs.

When asked about Shivraj Singh Chouhan's announcement of cabinet expansion on Thursday, Kamal Nath told reporters, "This is for the first time in the history of the country when the cabinet expansion is taking place after such a long time. Only time will tell what was the reason for this delay and what will be its results."