The 125th birth anniversary of Subhas Chandra Bose is being celebrated as ''Parakram Diwas'' across the country. 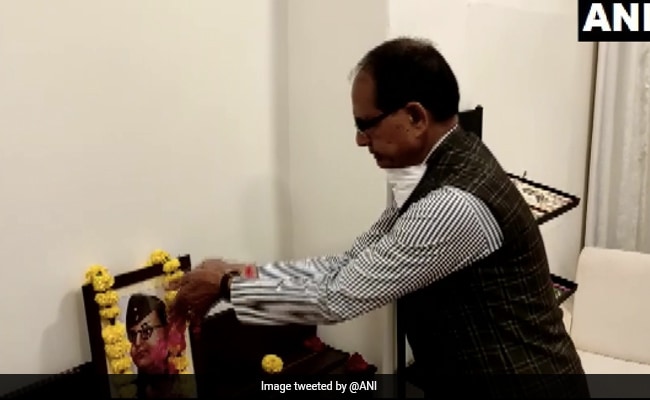 The biggest tribute to him will be contributing towards nation-building," he said.

Madhya Pradesh Chief Minister Shivraj Singh Chouhan on Saturday paid floral tributes to Netaji Subhas Chandra Bose at his residence in Bhopal on the occasion of his 125th birth anniversary.

"I paid homage to Netaji Subhas Chandra Bose on his birth anniversary. He had said that nationalism is inspired by the highest ideal of mankind- Satya, Shiva, and Sundar. The biggest tribute to him will be contributing towards nation-building," tweeted Mr Chouhan.

The 125th birth anniversary of Subhas Chandra Bose is being celebrated as ''Parakram Diwas'' across the country.

Born to advocate Janakinath Bose in Odisha''s Cuttack on January 23, 1897, Netaji went on to play a key role in the freedom movement. He is also known for establishing the Azad Hind Fauj.

While there is controversy over Bose''s death in a plane crash in Taipei on August 18, 1945, the Central government had in an RTI in 2017 confirmed that he had died in the incident.