Shivraj Singh Chouhan's comment blaming Jawaharlal Nehru for the crisis in Jammu and Kashmir had led to several Congress leaders lashing out at him. 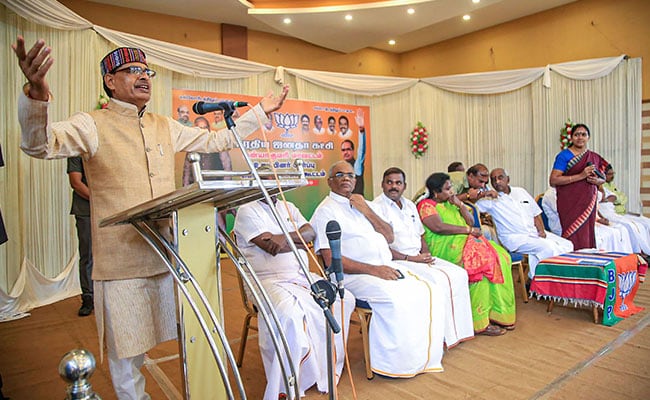 A week after the central government's big move on Jammu and Kashmir, scrapping its special status and splitting the state into two union territories, Congress and BJP leaders kept up the sparring on the issue. The latest strike came on Monday as former Madhya Pradesh Chief Minister Shivraj Singh Chouhan fired back at Congress leader Digvijaya Singh over his remark about former Prime Minister Jawaharlal Nehru.

Blaming Nehru for the Jammu and Kashmir crisis, Mr Chouhan on Sunday said the Congress icon had committed a "sin" by introducing Article 370 of the constitution, which accorded special status to the state.

On Monday, Mr Chouhan hit back, saying, "I am not slave to one family, I am the dust of Mother India's feet. I only fulfil my life in her service."

Talking about the scrapping of Jammu and Kashmir's special status, the BJP vice president had said, "The historic blunder committed by Nehru has been corrected by Prime Minister Narendra Modi with the revocation of the Article 370."

His remark had been criticised by other Congress leaders too. Madhya Pradesh Chief Minister Kamal Nath said Mr Chouhan's statement was "extremely objectionable and condemnable".

"The contribution of the first prime minister of the country, Pandit Jawaharlal Nehru, who struggled for freedom and called as the creator of modern India, is unforgettable," he wrote in a tweet.

With a massive security lockdown in Jammu and Kashmir, the centre had informed parliament last Monday about a presidential order to revoke special privileges granted to the state - like its ability to frame its own laws. It also cleared a bill in parliament to carve the state into two union territories - Jammu and Kashmir, and Ladakh.