"Vidarbha has been developed exceptionally well in the last four years and a backlog of the last 40-50 years has been overcome," the Shiv Sena said in an editorial in 'Saamana'. 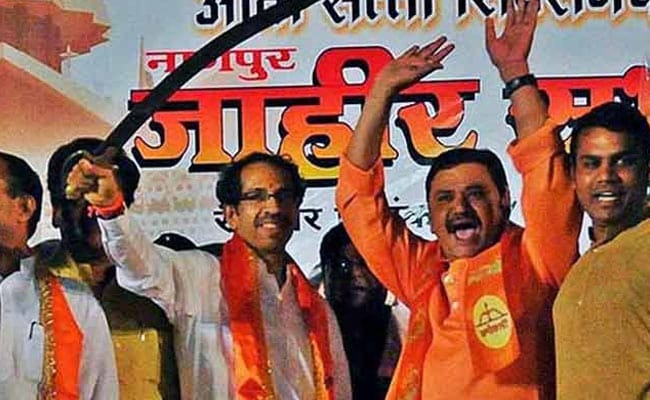 The Shiv Sena Friday said the face of Vidarbha had changed due to various development works by the government and, therefore, there was no need for the region to be given statehood.

In an editorial in party mouthpiece 'Saamana', the Shiv Sena claimed Union Minister Nitin Gadkari, a Lok Sabha lawmaker from Nagpur in Vidarbha, had even said at an event recently that it was not right to demand for a separate state when the pace of development in Vidarbha had accelerated.

"Vidarbha has been developed exceptionally well in the last four years and a backlog of the last 40-50 years has been overcome," the Sena said in an editorial in 'Saamana'.

The editorial added that Chief Minister Devendra Fadnavis, who is an MLA from Nagpur, had paid special attention to roads, industries and education in the Vidarbha region.

"Fadnavis appointed several able officers for the development of Vidarbha and provisions have been made in the budget for special schemes to be implemented there," it said.

The Shiv Sena said people of the region always thought injustice was being meted out to them and that none of the governments, before the current Sena-BJP dispensation, did anything to develop Vidarbha.

Vidarbha was always used as a political tool by leaders and the issue of a separate statehood was kept alive despite the demand having no ground support, the editorial claimed.

As proof of the separate statehood issue having no support from the people, the Sena claimed it won four Lok Sabha seats in the region despite traditionally being opposed to the idea of Vidarbha as a state separate from Maharashtra.

Shiv Sena said Mr Gadkari had given Rs 80,000 crore to Vidarbha in the last four years and there was now an international airport, an international-level railway station, IIM, IIIT, and several other initiatives to bring about development and attract tourism to the region.

"Seeing the development and changed face of Vidarbha, there is no need to demand a separate state. Gadkari should be congratulated publicly for speaking about a united Maharashtra," the Shiv Sena said.

Mr Gadkari, on March 6, had expressed anger after some people raised slogans at a public meeting in Nagpur in support of a separate Vidarbha state.

Mr Gadkari reportedly threatened to get them "spanked and thrown out" from the event, which was attended by Mr Fadnavis as well.