For Him "Rice Plate As Important As A Peg": Shiv Sena Mocks Raj Thackeray

Shiv Sena mocked Raj Thackeray saying, "Through his demand, he has pointed it out to the government that like food, alcohol is an essential commodity. He has given invaluable information that as a rice plate is important for people, they are also dependent on 'quarter' and 'peg'." 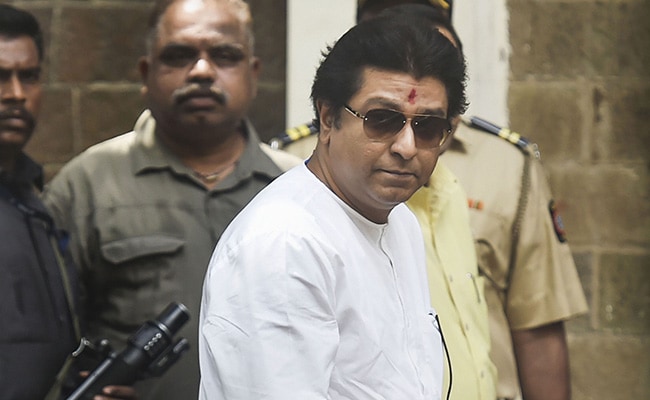 The Shiv Sena today took a dig at MNS president Raj Thackeray over his demand to restart wine shops in Maharashtra to boost revenues, and sought to know whether he was really concerned about the state's treasury.

The Shiv Sena said that Raj Thackeray should know that due to the lockdown not just the wine shops, but even the liquor factories are shut.

"You don't get revenue just by starting the shops. The government gets revenue in the form of excise and sales tax when a distributor purchases the product from the factories. In order to start these units, workers are required. Besides, if the shops re-open, no social distancing will be followed," the party said in an editorial in its mouthpiece 'Saamana'.

Raj Thackeray, in a letter to the Chief Minister's Officer (CMO) on Thursday, had said that allowing wine shops to remain open does not mean trying to cater to the needs of alcohol consumers, but to ensure revenue inflow during difficult times.

He had also called for allowing hotels and kitchens providing affordable foods to run saying that as a big chunk of Maharashtras population is dependent on them.

The Uddhav Thackeray-led party, however, mocked the MNS chief for demanding reopening of liquor shops and eateries together.

"Through his demand, he has pointed it out to the government that like food, alcohol is an essential commodity. He has given invaluable information that as a rice plate is important for people,they are also dependent on 'quarter' and 'peg'," it said.

It sought to know whether he has made the demand out of the concern for the state's revenues or on behalf of the tipplers.

"The opposition leaders should advise the government on how to improve the economic situation in times of crisis, but the leader of opposition hasn't been able to do so," the ruling party said without naming Devendra Fadnavis.

"Raj Thackeray has put forward the plight of the poor and the less privileged people and a section of the society will bless him for that. But the government will have to take a decision considering the overall situation," it added.