The Sena leader, who represents Ovala-Majiwada constituency in Thane, alleged Mr Ranaut had accused many film personalities of consuming drugs, "while some actors have accused her of being on drugs". 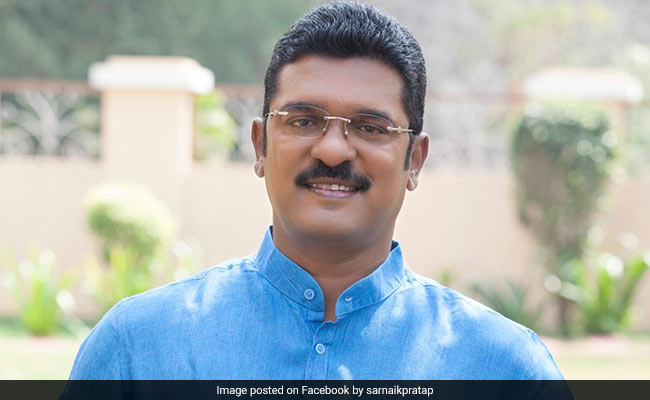 Shiv Sena MLA Pratap Sarnaik on Monday demanded a unanimous resolution in the Maharashtra Legislative Assembly for a legal action against actress Kangana Ranaut, who he said has "maligned" the image of Maharashtra and Mumbai through her tweets.

Mr Sarnaik told reporters he had submitted a letter of his demand to Deputy Speaker Narhari Zhirwal "who has directed state home minister Anil Deshmukh to take necessary action within 24 hours and to submit a report".

The MLA further claimed the actress had also compared Mumbai to "Taliban".

He said various sections like citizens, political leaders and social workers are enraged by Kangana Ranaut's remarks, and have sought action against her, but nothing happened so far.

"Elected representatives like me are sad that a girl from another state comes to Mumbai to become an actress, earns name and fame here, and in return she maligns the image of the city. But still no action is taken against her. She has continuously tweeted against Mumbai and Maharashtra," Mr Sarnaik stated in his letter.

The Sena leader, who represents Ovala-Majiwada constituency in Thane, alleged Mr Ranaut had accused many film personalities of consuming drugs, "while some actors have accused her of being on drugs".

"The legislative assembly should unanimously pass a resolution demanding legal action against Kangana Ranaut," he added.

Mr Sarnaik had earlier issued a slap threat after the actress dared anyone to stop her when she returns to Mumbai on September 9.

The Sena and Mr Ranaut have been locked in a bitter war of words since the actress said she didn't trust Mumbai Police after the death of actor Sushant Singh Rajput.

Reacting strongly to her comment, senior Sena leader Sanjay Raut had purportedly said, "We kindly request her not to come to Mumbai. This is nothing but an insult to Mumbai Police."

Hitting back, Ms Ranaut tweeted, "Why is Mumbai feeling like Pakistan-occupied-Kashmir?"