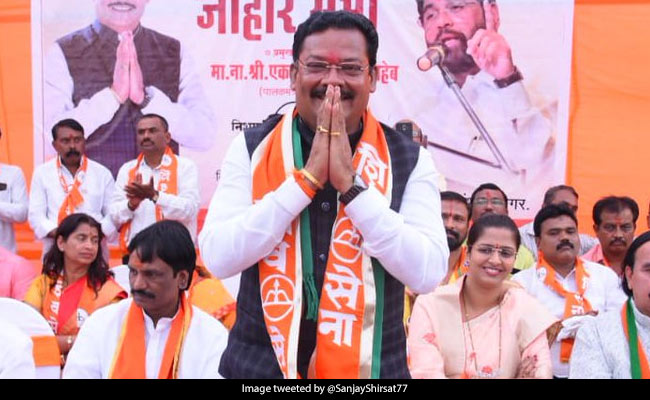 Former corporator alleged that Sanjay Shirsat had been putting pressure on him over the road work tender.

An FIR has been registered against Shiv Sena MLA Sanjay Shirsat and Aurangabad Deputy Mayor Rajendra Janjal after a former corporator alleged that they thrashed him for submitting bid for a road tender, an official said on Monday.

Former Shiv Sena corporator Sushil Khedkar earlier alleged that Mr Shirsat, the MLA from Aurangabad West seat, and Mr Janjal, who is also from the Sena, along with other workers hit him on Saturday over the tender issue.

"An offence has been registered in the case," Assistant Commissioner of Police Hanumant Bhapkar told news agency PTI.

Mr Khedkar on Saturday alleged that Mr Shirsat had been putting pressure on him since a long time over the road work tender in Satara area of Aurangabad.

"The MLA told me not to submit a bid for the tender which is worth Rs 2.25 crore, but I did. Deputy Mayor Rajendra Janjal also beat me up along with Shirsat. I had to get admitted in a government hospital," Mr Khedkar claimed and later approached Vedant Nagar police station to file a case.

Shirsat and Janjal have denied the allegations and claimed that Khedkar was beaten up by the party workers.