"Who Will RSS Chief Blame For Drugs Menace?" Sena Leader's Dig At Centre

Sena leader Sanjay Raut said that Mohan Bhagwat's remarks show he has admitted that something was wrong with the assurances given by the Union government and their implementation. 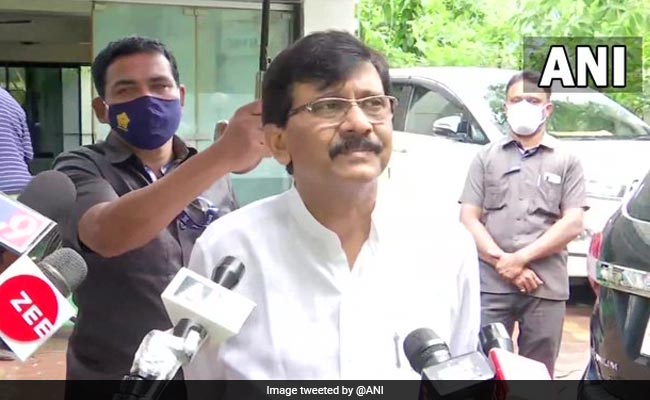 Sanjay Raut asked who the RSS chief would hold responsible for the prevailing drug situation. (File)

After RSS chief Mohan Bhagwat expressed concern over the rising consumption of narcotics in the society, Shiv Sena leader Sanjay Raut on Friday hit out at the Centre saying that although Prime Minister Narendra Modi had earlier asserted that demonetisation would curb the drug menace, it was still present in the country.

Mr Raut also asked who the Sangh chief would hold responsible for the prevailing drug situation.

The Sena leader said that Mr Bhagwat's remarks show he has admitted that something was wrong with the assurances given by the Union government and their implementation.

During his annual address made on the occasion Vijayadashmi in Nagpur earlier in the day, Mr Bhagwat spoke on many issues, including drugs, which he said was being consumed by all sections of the society and posing a threat to the national security.

Referring to Mr Bhagwat's remarks, Mr Raut told reporters, "Prime Minister Narendra Modi had consistently promised that his decision to implement demonetisation was an attack on black money raised through drugs trade and which was allegedly used for anti-national activities."

"But despite having such Hindutvawadi (pro-Hindutva) government in power for a long time, the RSS chief today expressed same concerns about drugs and the use of money. So we would like to know who is going to be held responsible for this situation mentioned by him," the Sena leader said.

"There is a staunch nationalist government at the Centre. The prime minister is a staunch supporter of Hindutva ideology," he said.

"But despite that, if such drug menace is still taking place in the country, then who will be held responsible by the RSS chief for this? He has somehow admitted that something is wrong in union government's assurances and implementation," he said.

Talking about the upcoming bypolls to three Lok Sabha seats in the country he said his party has a total of 21 members in both the houses of Parliament.

"We are going to win the Lok Sabha bypolls of Dadra, Nagar and Haveli as well. After this, we will have 22 MPs in total and we will play an important role in national politics post-2024 general elections," he said.