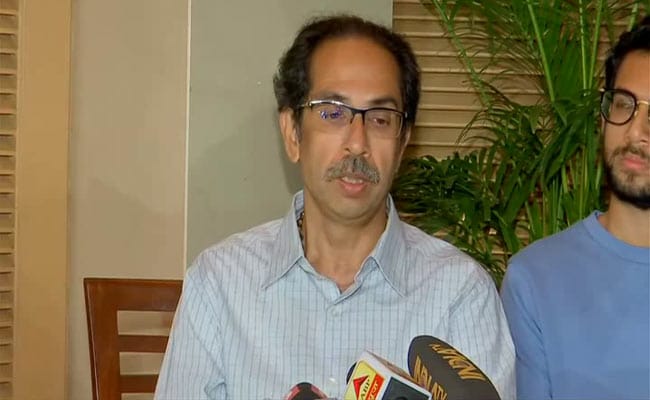 Uddhav Thackeray has put off his November 24 visit to Ayodhya, a Sena leader said. (File photo)

A day after the NCP core committee resolved to form an alternative government in Maharashtra, Shiv Sena chief Uddhav Thackeray has put off his November 24 visit to Ayodhya, a Sena leader said on Monday.

In the wake of the Supreme Court judgment on the Ramjanmabhoomi-Babri masjid land title dispute on November 9, Mr Thackeray had announced he would visit the temple town in Uttar Pradesh on November 24.

"The government formation process is taking time. Leaders of the three parties (Sena, NCP and Congress) are holding meetings. They are inching towards government formation. In view of these developments, Uddhavji has decided to postpone his visit to Ayodhya," the Sena leader said.

He also pointed out at the "security concerns" in Ayodhya.

Delivering a historic verdict, the SC had cleared the way for the construction of a Ram Temple at the disputed site at Ayodhya, and directed the Centre to allot a 5-acre plot to the Sunni Waqf Board for building a mosque.

On Sunday, NCP chief spokesperson Nawab Malik said in Pune that Sharad Pawar and Sonia Gandhi will meet on Monday and discuss the possibility of formation of an alternative government in Maharashtra, which is under President's Rule since November 12.

Mr Malik also said leaders from the NCP and Congress will meet and discuss future course of action on Tuesday.

Maharashtra was placed under Central Rule as no party or alliance could form a government for want of requisite numbers even 19 days after the results of the assembly polls were declared.

After felling out with its ally BJP over the demand for the post of the chief minister for an equal term, the Sena reached out to the Congress-NCP combine for support.

The saffron alliance had secured a comfortable majority by winning 105 and 56 seats, respectively, in the 288-member Assembly.

The Congress and the NCP, pre-poll allies, won 44 and 54 seats, respectively.

On Saturday, Sena MP Sanjay Raut had announced that the Uddhav Thackeray-led party''s exit from the BJP-led National Democratic Alliance (NDA) was a "formality".

The Congress and the NCP have already finalised a draft Common Minimum Programme (CMP) to run a possible coalition government with the Sena, and talks on sharing of power are expected to continue.

The Sena has been firm on its demand for the post of chief minister.