Ayodhya: "The people who thrash north Indians and drive them out, who don't even have the mentality to serve humanity, how will they serve lord Ram?" BJP lawmaker Surendra Singh said 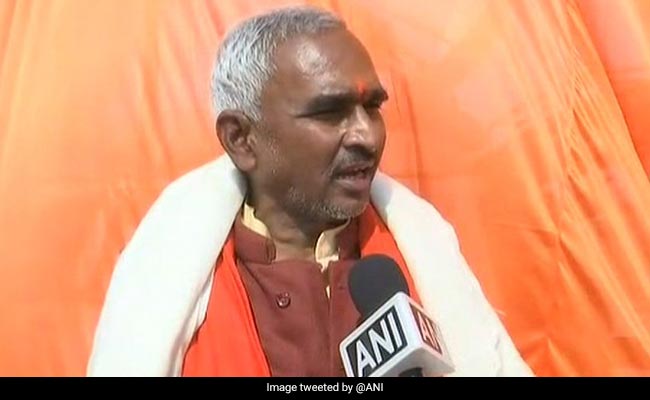 A BJP lawmaker has called out the Shiv Sena on its efforts to highlight the BJP's failure to build a Ram temple in Ayodhya. Uddhav Thackeray, who is currently in Ayodhya to lead a rally, has been relentless in his criticism of the BJP. In Ayodhya today, he has demanded a date for temple construction, warning that the BJP-led government will not be able to retain power if they fail to do so.

"The people who thrash north Indians and drive them out, who don't even have the mentality to serve humanity, how will they serve lord Ram?" questioned the legislator from Ballia, who had earlier threatened to break the law and go against the Constitution to ensure that a temple is built.

The lawmaker's dig was at Sena's nativist 'Mumbai for Mumbaikars' campaign, which had often involved excesses from the cadre.

Known for his controversial comments, Surendra Singh said last week that if need be, "1992 will be repeated at Ayodhya".

"If the situation so warrants, we will take law in our hands and ensure that the Ram temple is built at the very site". The temple, he said, would be built at all costs -- "constitutionally, legally or some other way."

The Sena and the right-wing Vishwa Hindu Parishad are holding separate rallies at Ayodhya today to press for fast-tracking the construction of the Ram temple. There have been demands that the government pass an executive order or ordinance, to bypass the legal process. The Ayodhya title suit is still pending in the Supreme Court, which will decide in January when the issue will be heard.

The BJP, a section of its allies and the right-wing groups are hoping that the construction will be well on its way before next year's national elections.

A group of Left parties have called for observing "Defend the Constitution and Secularism Day" on December 6 -- the day the Babri Masjid was demolished.