On account of four spells of rainfall and snowfall in November and one significant spell in December, which was 33 per cent above normal, both months were colder at few places in the state compared to the last few years. 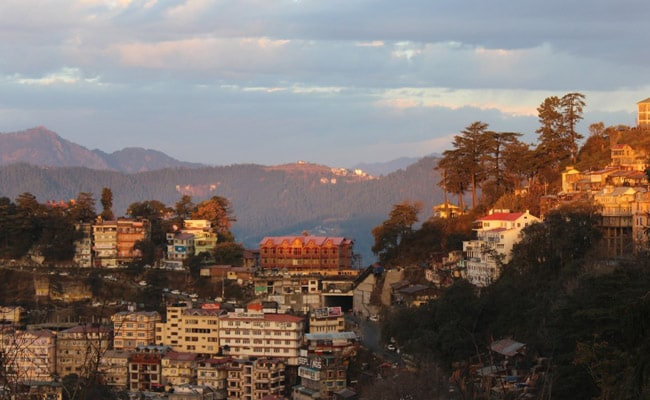 The average monthly maximum temperature in Shimla during December was 13.4 degrees Celsius

The Himachal Pradesh capital recorded the coldest daytime December temperatures in the last two decades during the past month, the local weather bureau said on Monday.

On account of four spells of rainfall and snowfall in November and one significant spell in December, which was 33 per cent above normal, both months were colder at few places in the state compared to the last few years.

This was the highest precipitation in two months in the state after 15 years.

Keylong, the district headquarters of Lahaul-Spiti, recorded the lowest minus 16.4 degrees on December 17, which has been the lowest minimum temperature since 2009 when it was 13.2 degrees on Christmas.

The monthly average minimum temperature recorded in Keylong was minus 9.9 degrees, which was the lowest monthly temperature after 2009, when it was minus 8.4 degrees,

The monthly maximum temperature of Kalpa town in Kinnaur district has also recorded the second lowest temperature of 5.4 degrees since 1993 in December.

The previous lowest maximum day temperature in December was during 1997 when it 3.1 degrees.

The Himalayan state is ready to see more snowfall from January 2.

"Light to moderate snowfall is likely to occur at many places from January 2 as western disturbances will be active with significant fall in day temperatures, local Met office Met office Manmohan Singh told IANS here.

There is high probability of snowfall in Shimla, Kufri, Narkanda, Manali, Kalpa and Dalhousie.

He said the western disturbance would decrease significantly on January 4 and there would be a fall in minimum temperatures.

The Met office said another western disturbance is likely to hit the state from January 6 to 8, resulting in fresh snowfall.

The western disturbance is a storm system originating from the Caspian Sea and moving across the Afghanistan-Pakistan region.