The Congress had Saturday claimed that the government was using the probe agencies to malign the Gandhi family, while the BJP said the "truth is coming out". 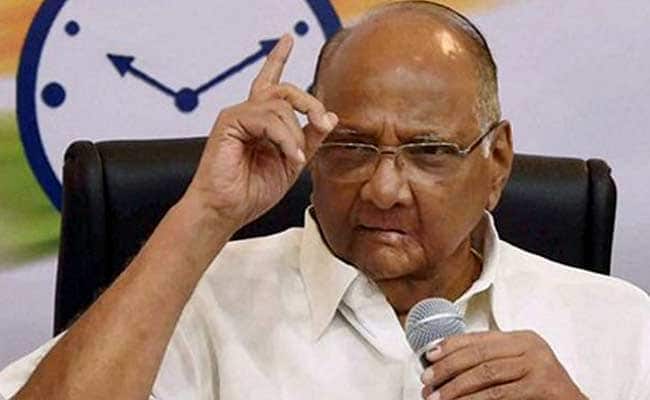 A day after the Enforcement Directorate told a court that AgustaWestland case accused Christian Michel had made a reference to "Mrs Gandhi", NCP Chief Sharad Pawar on Sunday said the opposition parties will raise the issue of "misuse" of government agencies in parliament.

A Delhi court hearing the AgustaWestland VVIP chopper case on Saturday imposed restrictions on alleged middleman Christian Michel meeting his lawyers in ED custody after the agency said that he was misusing legal access by passing chits to the advocates asking them how to tackle questions on "Mrs Gandhi'.

In its application seeking extension of Michel's remand, the Enforcement Directorate also claimed that he has spoken during questioning about the "son of an Italian lady" and how he is going to become the next prime minister of the country.

When asked about ED's claim, Mr Pawar told reporters in Ahmednagar that, "The session of Parliament will be resuming from tomorrow. I will discuss the issue with all the Opposition parties and take a strong stand against misuse of government agencies like the CBI, the Enforcement Directorate (ED) and the Reserve Bank."

In this regard, he also referred to the press conference held earlier this year by four senior judges of the Supreme Court.

The Congress had Saturday claimed that the government was using the probe agencies to malign the Gandhi family, while the BJP said the "truth is coming out".

Mr Pawar said the recently-concluded elections in five states reflected the anger of people against the "bad governance" of Prime Minister Narendra Modi.

"This trend will continue till the upcoming Lok Sabha polls," he claimed.

The former Union minister also said that the NCP was strictly against the ideology and practices of the BJP.

He said the NCP will take action against all its 18 corporators in the Ahmednagar Municipal Corporation and the local party Leaders who supported the BJP in the mayoral election two days back.

The issue will be discussed at the state-level meet of the party on January 5, 2019 and appropriate action will be taken against the corporators, he said.

Despite lacking the numbers, the BJP, supported by NCP corporators, won the election for mayor in the Ahmednagar Municipal Corporation, leaving the ally Shiv Sena licking its wounds.

The Shiv Sena had won the highest number of seats in the recent civic election but did not have a majority.

The BJP has only 14 members in the 68-member civic body against Shiv Sena's 24. But the BJP candidate polled 37 votes in the mayoral election.

All the newly-elected 18 corporators of the NCP voted for the BJP by defying the party diktat.

Mr Pawar said the NCP state leadership had given clear instructions to its corporators not to support the BJP.

He was in Maharashtra to attend the centenary celebration of the Ahmednagar Jilha Maratha Vidya Prasarak Samaj.