The Koregaon-Bhima Inquiry Commission had earlier this month asked Mr Pawar to appear before it on February 23 and 24 to record evidence in connection with the January 2018 violence at a war memorial in Pune district of Maharashtra. 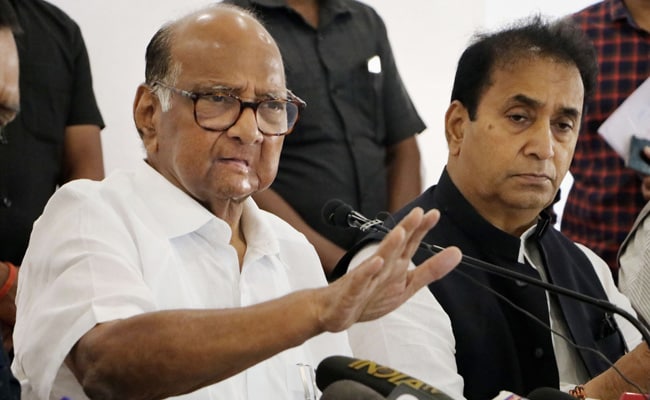 NCP chief Sharad Pawar has conveyed to the Koregaon-Bhima Inquiry Commission that he will not be able to appear before it on February 23-24.

Maharashtra minister and NCP spokesperson Nawab Malik said this in a video statement today, and added that Sharad Pawar will definitely appear before the probe panel in future.

The Koregaon-Bhima Inquiry Commission had earlier this month asked Mr Pawar to appear before it on February 23 and 24 to record evidence in connection with the January 2018 violence at a war memorial in Pune district of Maharashtra.

The panel had earlier summoned Sharad Pawar in 2020, but he couldn't appear before it due to the coronavirus-induced lockdown.

According to the Pune police, violence had broken out on January 1, 2018, between caste groups near the war memorial during the bicentennial anniversary of the 1818 battle of Koregaon Bhima. One person had died and several others, including 10 police personnel, were injured in the incident.

The NCP chief had filed an affidavit before the commission on October 8, 2018.

In February 2020, social group Vivek Vichar Manch member Sagar Shinde filed an application before the commission, seeking the summoning of Sharad Pawar in view of certain statements made by him in media about the 2018 caste violence.

Meanwhile, Mr Malik also said that with the number of COVID-19 cases in Maharashtra seeing a decline, the state health and relief and rehabilitation departments will work out a proposal on relaxations to be given in view of the current situation.

"The Chief Minister will discuss the same with the task force and take a call. The decision taken will be conveyed to people accordingly," he added.