The party has already demanded 50-50 seat-sharing formula in its talks for alliance with the Congress, NCP spokesperson Nawab Malik said. 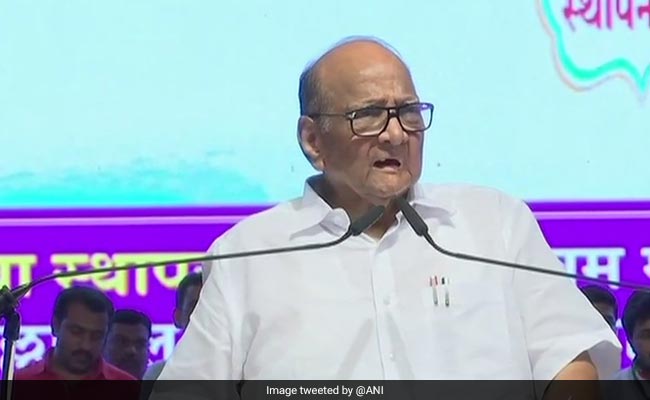 Sharad Pawar will discuss the current political situation in the 21 Lok Sabha seats.

Nationalist Congress Party (NCP) president Sharad Pawar has called a two-day meeting of leaders of the state unit of the party in Mumbai to discuss selection of candidates in Maharashtra for the Lok Sabha polls.

The meeting will be held on Saturday and Sunday, said NCP spokesperson Nawab Malik.

The party has already demanded 50-50 seat-sharing formula in its talks for alliance with the Congress, Mr Malik told PTI.

Maharashtra has 48 Lok Sabha constituencies. In 2014 elections, the two parties had an alliance; the Congress had contested 27 and NCP had contested 21 seats then.

Mr Pawar will discuss the current political situation in the 21 Lok Sabha seats the party had contested in 2014 and discuss the process of selection of candidates, Mr Malik said.

The party has also called leaders from Jalna, Aurangabad, Dhule and Ichalkaranji, as it will stake claim to these four seats which the Congress had contested in the last elections, Mr Malik said.

Ichalkaranji is presently represented by Swabhimani Shetkari Sanghatna's Raju Shetti, who has quit the NDA and allied with the Congress.