The move comes in the wake of the National Green Tribunal (NGT) asking the fair organisers to set up solid waste and sewage treatment plants, among other arrangements. 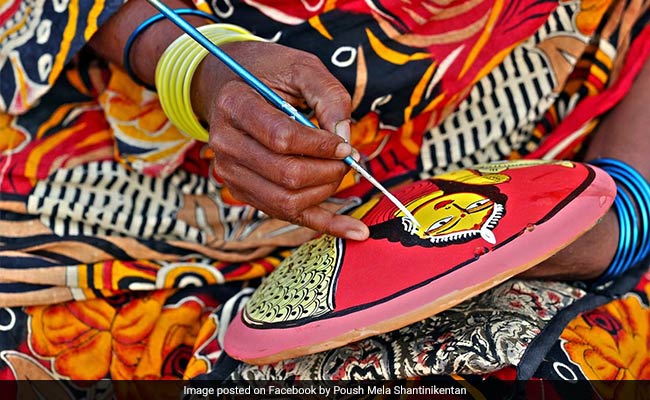 The Visva Bharati University on Sunday said the annual Poush Mela event at Shantiniketan will be a "micro" affair this year after a recent green court order. The number of stalls and exhibits will be cut down as well.

The move comes in the wake of the National Green Tribunal (NGT) asking the fair organisers to set up solid waste and sewage treatment plants, among other arrangements.

The tribunal issued the directions in June, after a petition was filed by a few activists, who alleged that the event pollutes the environment.

"Instead of having the usual 600-700 stalls in the ''Poush Mela'', we are planning to set up not more than 100 stalls this time, which will only be selling rural handicraft," Visva Bharati spokesman Anirban Sarkar told a group of reporters.

"We want to revisit the concept initiated by Gurudev Rabindranath Tagore for ''Poush Mela'', where the thrust is on rural development... We wish to organise the fair on a micro scale," Mr Sarkar said.

He, however, said the traditional rituals associated with the fair like the ''Chhatimtala'' will take place as usual.

The official said Visva Bharati being an educational institute "does not have the wherewithal or the mechanism to implement the suggestions of NGT if the fair is held on a large scale".

The ''Poush Mela'', which draws lakhs of people from India and abroad, will be held from December 23-28 this year.

Asked if the varsity has sought the central government's assistance in maintaining the grand scale of the fair by meeting the NGT requirements in future, he said, "We have approached the Union HRD Ministry for help."

Mr Sarkar also said the annual ''Basant Utsav'' will be held on a full-moon day in February or March from next year, in wake of the "unmanageable crowds" this year.