PM Narendra Modi also held bilateral meetings with President of Tajikistan and President of Uzbekistan on the sidelines of the Shanghai Cooperation Organisation (SCO) summit. 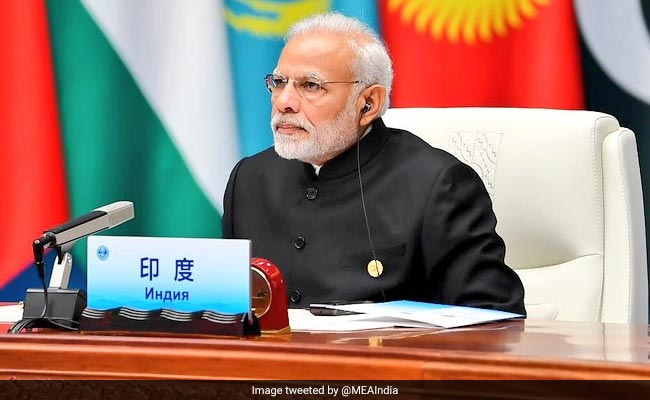 Prime Minister Narendra Modi attended the Shanghai Cooperation Organisation (SCO) summit in Qingdao, China, leading the Indian-delegation for the first time since India was admitted as as the newest member of the Eurasian security grouping. PM Modi arrived in Qingdao on Saturday for the two-day summit and held talks with the Secretary General of Shanghai Cooperation Organisation, Rashid Alimov. PM Modi also met with Chinese President Xi Jinping in the Chinese port city of Qingdao. The two leaders signed agreements on sharing hydrological data on the Brahmaputra River and export of non-Basmati varieties of rice from India.

Today, Prime Minister Modi addressed the plenary session of the SCO summit and also held bilateral meetings with President of Tajikistan and President of Uzbekistan on the sidelines of the summit. Leaders of the eight member states attended the summit to explore ways to increase cooperation in combating terrorism, extremism and radicalisation. ,

The SCO is an eight-member state bloc, with India and Pakistan being the newest members admitted in 2017. Shanghai Cooperation Organisation represents approximately 42 of the world's population, 22 per cent of the land, and 20 per cent of the world's economy. Apart from the member nations, Iran, Afghanistan, Belarus and Mongolia are observer states.

Here are the live updates of the 18th SCO summit: 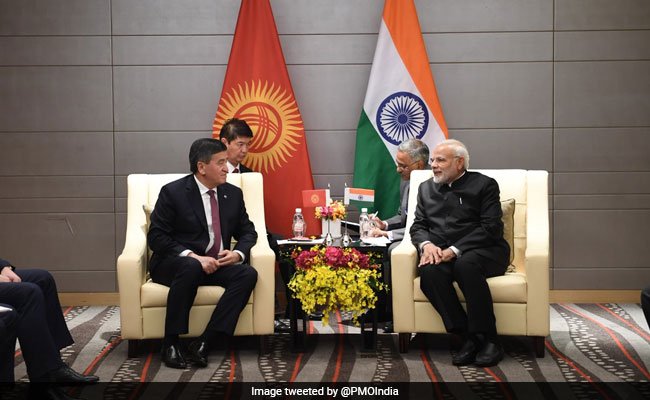 Stressing on the importance of connectivity, PM Modi said, "India welcomes any such project which is inclusive, sustainable and transparent. And which respects member states' sovereignty and territorial integrity." 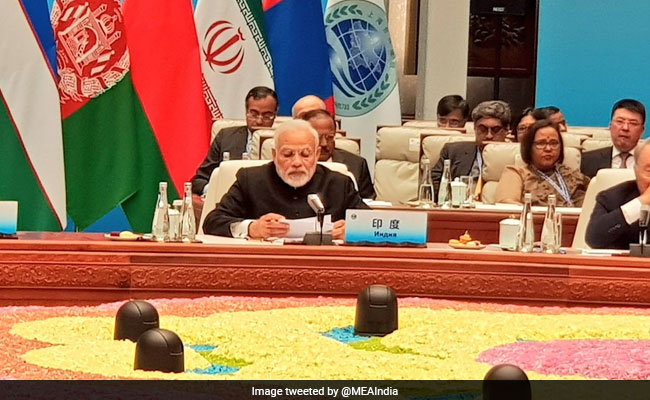 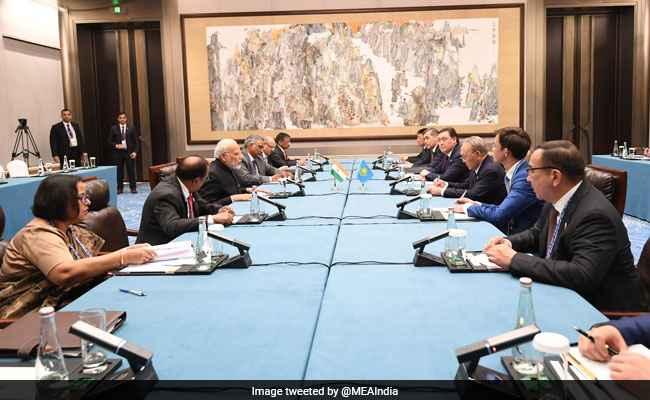 Jun 10, 2018 13:52 (IST)
SCO Leaders Sign Qingdao Declaration, Agreements On Cooperation
SCO leaders sign the Qingdao Declaration and agreements on security, economic cooperation and people-to-people exchanges during the signing ceremony, which was held at Qingdao International Convention Center on the final day of the 18th SCO summit 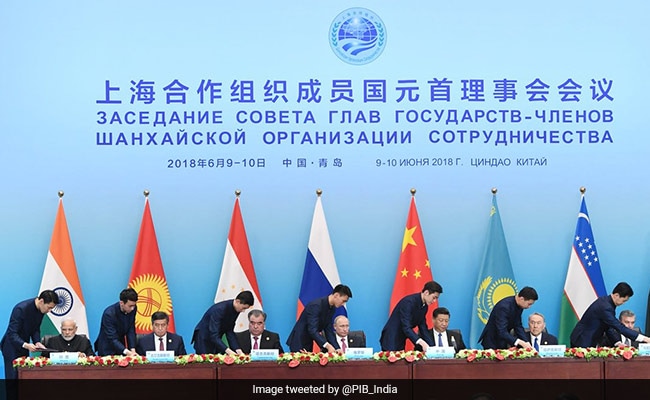 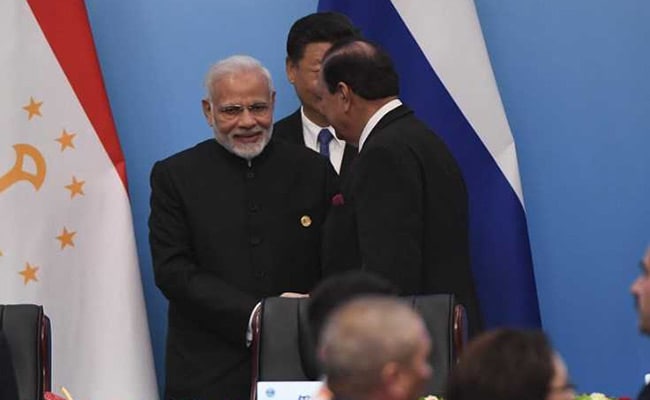 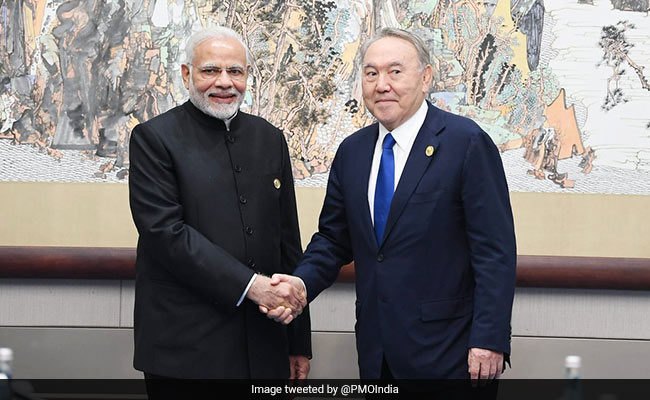 Jun 10, 2018 13:11 (IST)
"We have had an in-depth exchange of views on major international and regional issues. We have ratified an action plan for implementing the treaty on long-term good neighbourliness, friendship and cooperation of the SCO member-states," Xi Jinping says at the SCO summit
Jun 10, 2018 12:13 (IST)
Security Is The Foundation Of Sustainable Development: Xi Jinping

"We hold that security is the foundation of sustainable development at SCO. All parties will continue to work in line with mutual benefit," he said.
Jun 10, 2018 12:12 (IST)
Countries Face Common Challenge That No One Face Alone, Says Xi Jinping
During a press briefing, Chinese President Xi Jinping said, "we have agreed to agree to abide by the SCO charter and carry forward the Shanghai spirit of regional peace, development, friendship. We share the view that world is undergoing major development and adjustment. Countries are confronted with common threats and challenges that no one can tackle alone"
Jun 10, 2018 10:35 (IST)
PM Modi In Qingdao Says Connectivity With Neighbours A Priority
"We have again reached a stage where physical and digital connectivity is changing the definition of geography. Therefore, connectivity with our neighbourhood and in the SCO region is our priority," PM Modi says at the SCO Summit 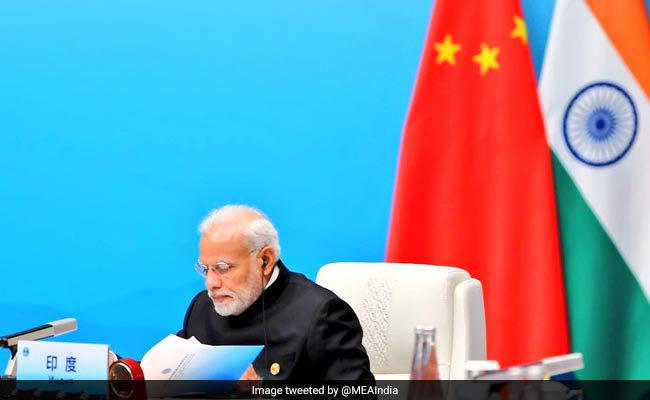