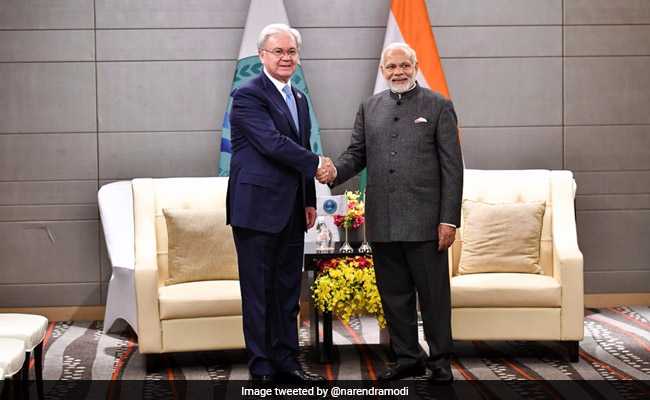 For India, this the first Shanghai Cooperation Organisation Summit as a full member.

Qingdao: Prime Minister Narendra Modi today met the Secretary General of the Shanghai Cooperation Organisation (SCO) Secretary General Rashid Alimov in Quingdao and had a discussion with him on ways through which India's participation could strengthen the bloc.

"PM @narendramodi and Mr Alimov had meaningful discussions on ways through which India's participation can strengthen the SCO," the Prime Minister's Office tweeted.

During his meeting with PM Modi, Mr Alimov conveyed to him that the International Day of Yoga would be celebrated at the SCO Headquarters in Beijing on June 16.

It is for the first time that PM Modi will be attending the SCO summit after India became a full member of the grouping last year.