UP Student In Jail, Rape-Accused Chinmayanand On Extended Hospital Break

Chinmayanand was taken to the Intensive Care Unit at the Sanjay Gandhi Post Graduate Institute of Medical Sciences on Monday. 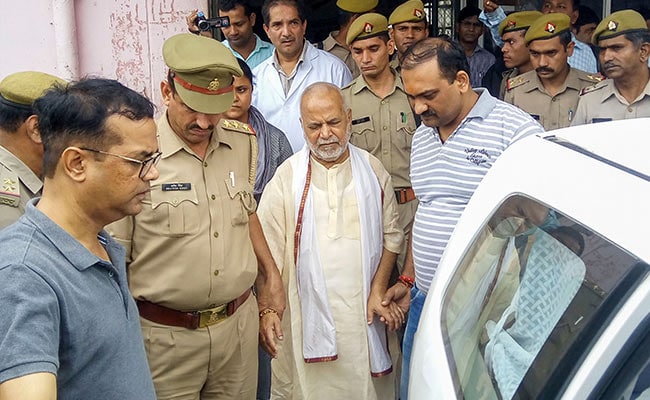 Chinmayanand's blood pressure and other parameters were normal, a medical bulletin said on Wednesday.

Former union minister Chinmayanand, arrested in a case of alleged rape last Friday, may not leave a hospital in Lucknow anytime soon, indicates a medical bulletin put out by doctors today. Chinmayanand, 72, was arrested last Friday on charges that he misused his authority and induced a 23-year-old law student in Shajahanpur town to have sex with him. The young woman has accused him of rape and blackmail for over a year.

On Monday, just three days after his arrest, the politician was wheeled into the Intensive Care Unit at the Sanjay Gandhi Post Graduate Institute of Medical Sciences. He has not left.

"Swami Chinmayanand was admitted to the Cardiology department with symptoms of low Blood Pressure and left-sided chest pain. His Angiopathy was done where only calcification was found and there were no blockages. He is still complaining of severe weakness and urinary problems. He is under observation and undergoing further investigations for his diabetic and urinary problems," the medical bulletin issued by the hospital says.

On Wednesday, the bulletin had said Chinmayanand's blood pressure and other parameters were normal. 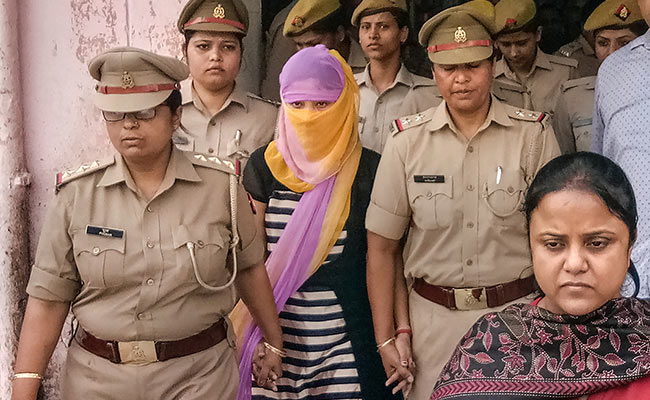 The UP law student who has accused Chinmayanand of rape was arrested on Wednesday.

In contrast, the law student who accused Chinmayanand of rape is in jail. She was arrested by the police yesterday in a case of extortion filed by Chinmayanand's aides. Her family alleges that the police dragged her out of their home without even her slippers. The law student has spent 24 hours in prison now.

"She is a brave girl. They are trying to break her spirit but we will not let that happen," said Subhashini Ali of the All India Democratic Women's Association, who met with her at the prison in Shahjahanpur.

"We are with the family and the woman. We met her in jail. We met with UP police officers too. The police has distorted the investigation and tried to shield the rape-accused. This is unacceptable," said CPM leader Brinda Karat, who accompanied the delegation.

The woman says the police refused to register her rape complaint last month, after which she filed a case in Delhi. Chinmayanand has been charged under a watered down sub-section of the rape law on "misusing authority for sexual intercourse". On the other hand, the woman has been charged with trying to extort Rs 5 crore from Chinmayanand. The SIT said she had "confessed".