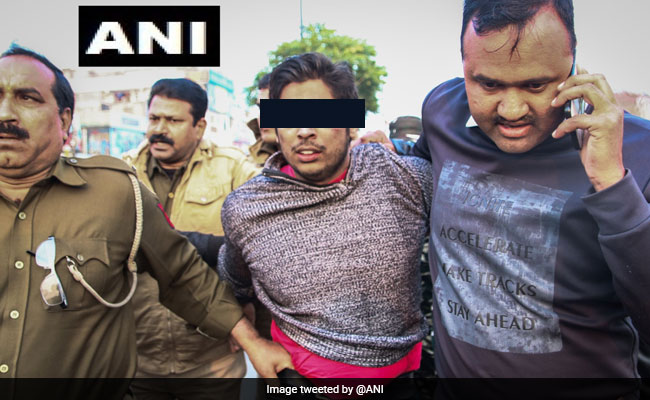 Special Commissioner (Intelligence) Praveer Ranjan on Wednesday said that during the interrogation, Shaheen Bagh shooter Kapil Gujjar has admitted that he and his father have been affiliated to Aam Aadmi Party and added that ''further investigation is underway."

"In reaction to a press query, I have to say that during the interrogation Kapil Gujjar has himself admitted that he along with his father has acquired the membership of AAP in May 2019. Further investigation is underway. The court has also given two days remand for probing the case. We will respond to you accordingly," he said while addressing the media in New Delhi.

"Also, one of the leaders of the AAP had tweeted claiming that Gujjar was from his party. Later he has deleted the tweet. Everyone knows about this," he added.

Total of 741 tests done for #nCoV2020. Of these 738 have tested NEGATIVE, and 3 found positive. 342 are under process.
Also, 5123 people are under home surveillance.@PMOIndia@drharshvardhan@AshwiniKChoubey@PIB_India@DDNewslive@airnewsalerts

However, earlier in the morning, the family of Gujjar has denied links of any of its members being connected with the AAP.

This came after the Crime Branch of Delhi Police revealed that the Shaheen Bagh shooter is associated with the AAP based on photographs recovered from his phone in which Gujjar and his father are seen along with prominent leaders of the party.

The photos, recovered from the phone of the Kapil, show him and his father Gaje Singh with AAP leaders such as Atishi and Sanjay Singh that were allegedly clicked in 2019 on the day when the father-son duo joined AAP.

In the morning, Chief Metropolitan Magistrate Gurmohina Kaur sent Kapil Gujjar, who is a resident of Dallupura village near Delhi-Noida border, to two-day police custody.

Kapil Gujjar was detained by the police on Saturday following the firing incident and an FIR was registered against him. He had, on February 1, opened fire in the air at Shaheen Bagh, where protests against the Citizenship Amendment Act (CAA) are going on for over 50 days.