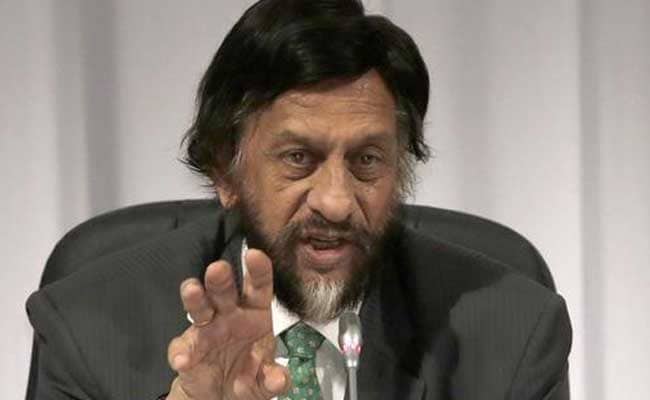 RK Pachauri said that the contents of the charge sheet are "allegations" levelled by the complainant and nothing has been "substantiated".

New Delhi: Days after a court summoned as accused RK Pachauri, after taking cognizance of a charge sheet filed against him for alleged sexual harassment, the former TERI chief today said that he has done "no wrong" and it will be proved in the court.

Mr Pachauri said that the contents of the charge sheet are "allegations" levelled by the complainant and nothing has been "substantiated" after year-long investigation.

He asserted that the "falsity" of these allegations shall be proved in court very soon and he will continue to cooperate in the judicial process.

"It is stated that court has only taken cognizance of the 'allegations' in the charge sheet. It is nowhere stated by court that there is 'sufficient evidence' against Pachauri.

This is routine practice in the courts where allegations are filed against anyone.

"I again reiterate the contents of charge sheet are the allegations levelled by the complainant and nothing has been substantiated after year-long investigation. It also stated that there are no witnesses whatsoever from TERI who have corroborated allegations of the complainant," he said in a statement.

Mr Pachauri was recently summoned as accused by a Delhi court which took cognizance of a charge sheet filed against him for allegedly sexually harassing and outraging the modesty of an ex-colleague.

"The court is satisfied that there is sufficient material to proceed against accused RK Pachauri under sections 354-A, 354-B, 354-D, 509 and 341 of the Indian Penal Code. Cognizance taken accordingly . . . Let the accused be summoned for the next date i.e. July 11," Metropolitan Magistrate Shivani Chauhan had said.

Delhi Police had on March 1 filed an over 1,400-page charge sheet in the court against Pachauri under sections 354-A (sexual harassment), 354-B (assault or use of criminal force to woman with intent to disrobe), 354-D (stalking), 509 (word, gesture or act intended to insult the modesty of a woman) and 341 (wrongful confinement) of the Indian Penal Code.

Mr Pachauri in the statement further said the court in its wisdom and without any arguments from his counsel has dropped Section 506 of the Indian Penal Code from charge sheet which prima facie manifests the falsity of allegations.

"I have complete faith in country's justice delivery system and I am sure that falsity of these allegations shall be proved in Court of law very soon. I have cooperated and will continue to cooperate in the judicial process.

"I sincerely hope that matter is expedited and there shall be no delay orchestrated by the complainant, as it is being done in my appeal against Internal Complaints Committee (ICC).

On February 13, last year an FIR was registered against Mr Pachauri on charges of sexual harassment under Indian Penal Code sections 354, 354(a), 354(d) (molestation) and 506 (criminal intimidation).