BJP spokesperson Meenakshi Lekhi played down the suggestion that the party had not defended Sushma Swaraj. 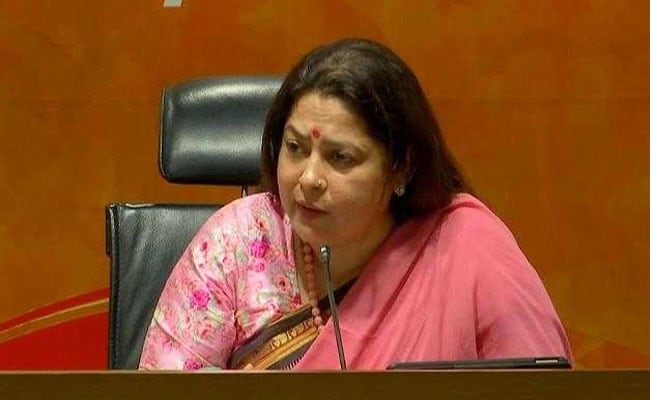 Spokespersons are not above Rajnath Singh and Nitin Gadkari, Meenakshi Lekhi said

The BJP today said many people face indecent behaviour in social media and that its senior leader and Union minister Sushma Swaraj has sorted out herself the issue of her abusive trolling by many users on Twitter.

BJP spokesperson Meenakshi Lekhi played down the suggestion that the party had not defended her as she noted that its senior leaders Rajnath Singh and Nitin Gadkari, both union ministers, have spoken in her support.

Spokespersons are not above Rajnath Singh and Nitin Gadkari, she said.

At a press conference, she added in a lighter vein that Ms Swaraj is among those who give protection to others and does not need protection from likes of hers.

"She has sorted out the matter herself," Ms Lekhi said.

The external affairs minister has been waging a battle against abusive trolls on Twitter after they attacked her following transfer of Passport Seva Kendra official in Lucknow Vikas Mishra for allegedly humiliating an interfaith couple.