Shiv Sena's Sanjay Raut told reporters that Priyanka Gandhi discussed the political situation in Uttar Pradesh and other poll-bound states with him. 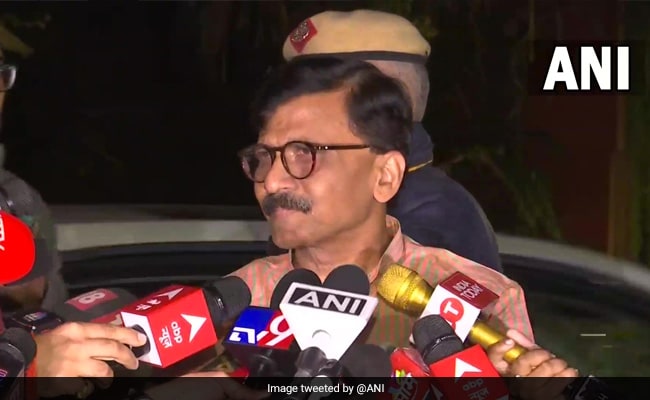 The meeting comes a day after Sanjay Raut's talks with Rahul Gandhi. (File)

Shiv Sena leader Sanjay Raut had an hour-long meeting with Congress general secretary Priyanka Gandhi Vadra on Wednesday to explore the option of an electoral alliance in poll-bound Uttar Pradesh and Goa.

The Shiv Sena leader told reporters that Priyanka Gandhi discussed the political situation in Uttar Pradesh and other poll-bound states with him.

The meeting comes against the backdrop of the Brihanmumbai Municipal Corporation (BMC) polls next year amid the Congress' assertions of going it alone.

Both the Shiv Sena and the Congress are part of the Maha Vikas Aghadi government in Maharashtra.

Mr Raut's back-to-back meetings with the Congress leaders have triggered the buzz of the Sena formally joining the United Progressive Alliance (UPA) amid a challenge posed by the Trinamool Congress to the grand old party as regards the leadership of the Opposition alliance.

However, Mr Raut evaded a reply on the possibility of the Sena joining the Congress-led UPA. He said he would discuss certain issues with party chief and Maharashtra Chief Minister Uddhav Thackeray first.

The Shiv Sena is keen to expand its footprint in Uttar Pradesh, Uttarakhand and Goa.

During his meeting with Rahul Gandhi on Tuesday, Mr Raut had asked him to reach out to other anti-BJP forces to join the Congress-led alliance.

The Sena recently won its first Lok Sabha seat outside Maharashtra when Kalaben Delkar trounced the BJP candidate in the Dadra and Nagar Haveli bypoll.