Aaditya Thackeray also urged party workers to hit the streets and be like real tigers. 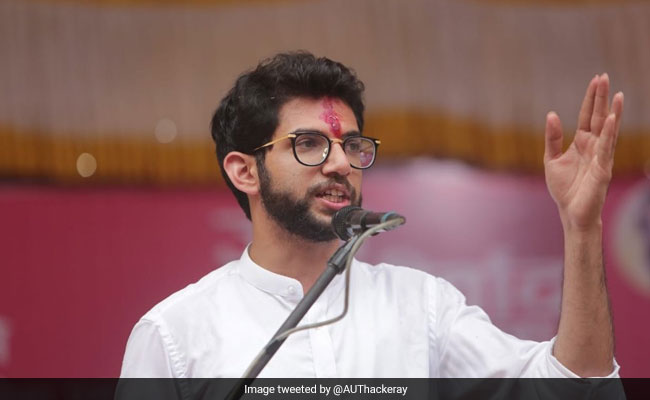 Slamming the rebel Shiv Sena MLAs, Maharashtra Minister Aaditya Thackeray today said that they should have the guts to come and talk face to face. He claimed that some of the leaders were taken to Guwahati forcefully.

Addressing Sena workers at the party's National Youth Executive Meeting, Mr Thackeray said, "Now they feel they have been kidnapped. Now they are prisoners there. Some leaders were shoved into buses."

"These people should have the guts and come and talk face to face. Eknath Shinde had no guts to rebel in Thane. He went to Surat to rebel," he added.

Sounding a warning to the rebel MLAs, Mr Thackeray said, "Each MLA who has rebelled has two options. Join BJP or join Prahar. They are not deserving of Shiv Sena or the bow and arrow symbol."

Aaditya Thackeray also urged party workers to hit the streets and be like real tigers.

"We need to hit the streets and reach each and every home. We have to be like real tigers," he said.

Earlier today, the 30-year-old had challenged the rebels to contest elections.

"Contest elections again, we will ensure you are defeated," said Mr Thackeray.