Sedition Complaint Against Amit Shah In Court Over Sabarimala Comments

The complaint was filed by social activist Thakur Chandan Singh in the court of Chief Judicial Magistrate Saroj Kumari. 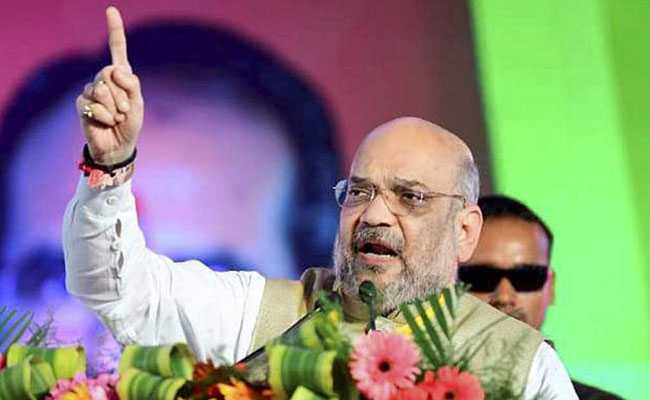 The court fixed November 6 for hearing the matter (File)

A complaint was filed on Monday in a court in Sitamarhi against BJP president Amit Shah seeking registration of a case against him for sedition and other charges over his remarks in connection with the Supreme Court order on the Sabarimala issue.

The complaint was filed by social activist Thakur Chandan Singh in the court of Chief Judicial Magistrate Saroj Kumari.

The court fixed November 6 for hearing the matter.

Mr Shah's comment made in the context of Sabarimala "has hurt the people's sentiments and is an attack on federal democratic structure of the country," the complaint alleged, citing newspapers report on Sunday regarding the BJP chief's comments.

The complainant prayed for initiating case against Shah under various sections of IPC that included- 124A (sedition), 120B (criminal conspiracy) and 295 (injuring or defiling place of worship with intent to insult the religion of any class).

In his complaint, Mr Singh alleged that Mr Shah had publicly opposed the Supreme Court's verdict on Sabarimala case as part of a "conspiracy" to reap political dividends in the 2019 general elections and had also hurt sentiments of women.

The apex court had allowed entry of women of all age into the Sabarimala temple in Kerala.