The troops negotiated swollen rivulets, rocky tracks and landslide-prone heights on Saturday while rescuing the woman on a cot from Lapsa village in Pithoragarh district's Munsyari town. 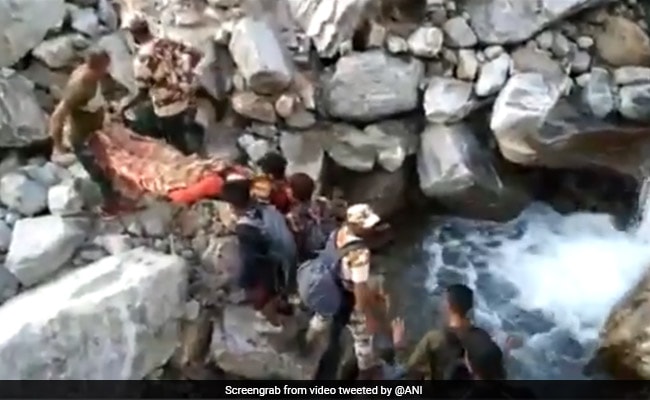 Uttarakhand: A team of ITBP personnel carried an injured woman for 15 hours

A team of Indo-Tibetan Border Police (ITBP) personnel carried an injured woman for 15 hours as it rescued her from a mountainous and remote border location of Uttarakhand, an officer of the border-guarding force said on Sunday.

The troops negotiated swollen rivulets, rocky tracks and landslide-prone heights on Saturday while rescuing the woman on a cot from Lapsa village in Pithoragarh district's Munsyari town.

The woman fell from a hillside and broke her legs on August 20 but she could not be rescued for two days as a chopper could not land in the area, an ITBP spokesperson said.

As her condition worsened, the ITBP was informed and subsequently, troops from the 14th battalion of the force deployed at the Milam border post along the Sino-India Line of Actual Control (LAC), about 22 kms from the woman's village, trekked to rescue her, he added.

"Twenty-five ITBP men took turns to carry the woman on a stretcher for 15 hours through flooded nullahs, landslide-prone areas and slippery slopes for about 40 kms, up to the nearest roadhead.

"The woman was further evacuated to a hospital. She is stable now," the officer said.

The paramilitary force is primarily tasked with guarding the 3,488-km-long LAC with China.