'Secularism Under Threat Like Never Before,' Writer Nayantara Sahgal Says 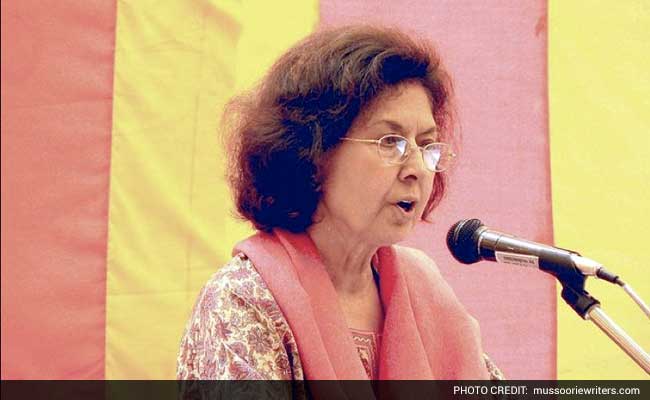 The writer had returned her award lat year over mob lynching of a man in Dadri.

Chandigarh: Secularism in India is under threat like never before said noted writer Nayantara Sahgal who had recently returned her 'Sahitya Akademi' award in protest against mob lynching of man in Dadri over rumours that he had eaten cow meat.

Ms Seghal said that Individual freedom and rights have to be protected as guaranteed in the Constitution.

Ms Seghal, the niece of former prime minister Jawaharlal Nehru, underlined that secularism is part of Indian culture "because for centuries we have had inputs from other cultures and all these have combined to what is India."

"It (Secularism) is under threat today as it has never been before. Because today, there is a move, we cannot yet call it policy because when Narendra Modi made his campaign speeches (before 2014 Lok Sabha elections) were all about development. There was never any indication or suspicion that what was being promoted or would be promoted under his rule would be Hindutva, which has been the Hindu Mahasabha policy from the 1920s. Now that we see happening," Ms Seghal said

Mentioning what she recalled as incidents of 'intolerance', she said, "We call it by fringe elements, but those elements are so many and have done so much damage that the nation is rising up against it. One sees a threat one never saw before because they are promoting what they would like to see a Hindu Rashtra, in other words a Hindu Pakistan. The people of India, I am convinced, are not going to submit to that."

Attending the 4th Chandigarh Literature Festival, the 88-year-old told reporters that the idea of India is guaranteed in the Constitution and it gives every Indian right to live, eat, worship as he/she chooses.

"The freedom is something which always has to be protected even if may be guaranteed to you in the constitution. Every generation has to make sure these freedom and rights guaranteed are there and defend them if they are attacked."

"Secularism is part of Indian culture, because for centuries we have had inputs from other cultures and all these have combined to what is India. Many religions, many cultures have gone into making this," she added.