Seven bodies were retrieved from an altitude of 6,500 metres during a month-long operation that involved aerial surveillance and elite mountaineers trekking the treacherous Nanda Devi mountain peaks. 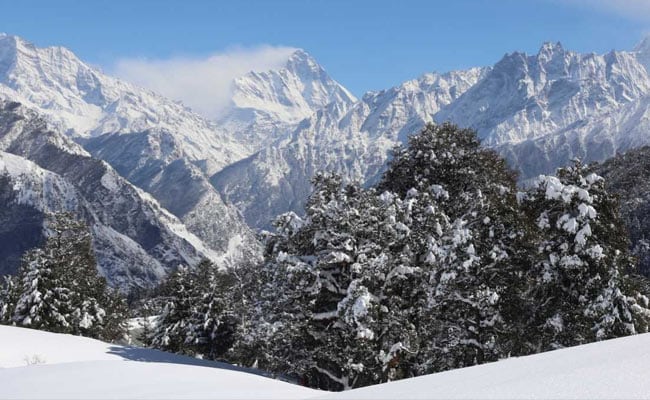 Rescuers found the bodies of the mountaineers roped together on a steep slope.

Authorities said Saturday they have abandoned the search for an eighth climber presumed killed in a deadly avalanche that struck near India's second-highest Himalayan peak last month.

Seven bodies were retrieved from an altitude of 6,500 metres (21,300 feet) during a month-long operation that involved aerial surveillance and elite mountaineers trekking the treacherous Nanda Devi mountain peaks.

The group that went missing in late May included four Britons, two Americans, one Indian and one Australian.

Rescuers found the bodies of the mountaineers roped together on a steep slope, but have so far only been able to bring them part-way down the mountain on foot to a "safe place" due to bad weather, officials said.

The body of the eighth person could not be found, with authorities fearing he may have fallen into a gorge after an avalanche hit the group, who were attempting to summit one of Nanda Devi's peaks that has not yet been conquered.

Vijay Kumar Jogdande, top civil administrator of Pithoragarh, where the peaks are located, told AFP that they anticipate heavy rains in the region as the annual monsoon sets in, making the aerial retrieval impossible.

"We had to retreat from the area because of the anticipated bad weather in the coming days. The monsoon rains are around and it will become impossible to fly to the region," said Mr Jogdande.

"We have called off the search for the eighth person," he said, adding that the mountaineering team and the recovered bodies will be airlifted off the mountain in the next few days.

Officials have not confirmed the identity of the missing climber.

The operation has been repeatedly hampered by bad weather and difficult terrain.

The climbers were part of a 12-member expedition, but four Britons were rescued after breaking away.

The expedition -- led by experienced British mountaineer Martin Moran -- had permission only to climb the eastern peak of Nanda Devi, which has been summited by climbers before, according to authorities.