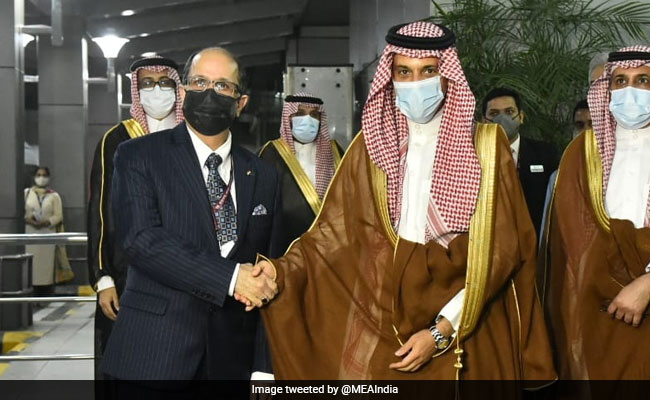 The Saudi Foreign Minister is scheduled to leave for New York on Monday evening.

Foreign Minister of Saudi Arabia Faisal Bin Farhan Al Saud arrived on Saturday on a three-day visit during which he is expected to discuss with Indian leaders the situation in Afghanistan as well ways to boost bilateral ties.

Al Saud is scheduled to leave for New York on Monday evening.

The Saudi foreign minister's India visit comes at a time India has been engaged with all leading powers on the developments in Afghanistan following its takeover by the Taliban.

People familiar with the visit said Afghanistan is expected to be a major focus of the talks between Jaishankar and Al Saud.

In reflection of India's views on the matter, Prime Minister Narendra Modi on Friday said the global community should decide "collectively" and "thoughtfully" on according recognition to the new set-up in Afghanistan in view of questions over its acceptability as the change of power was not "inclusive".

The defence and security ties between India and Saudi Arabia are witnessing gradual expansion.