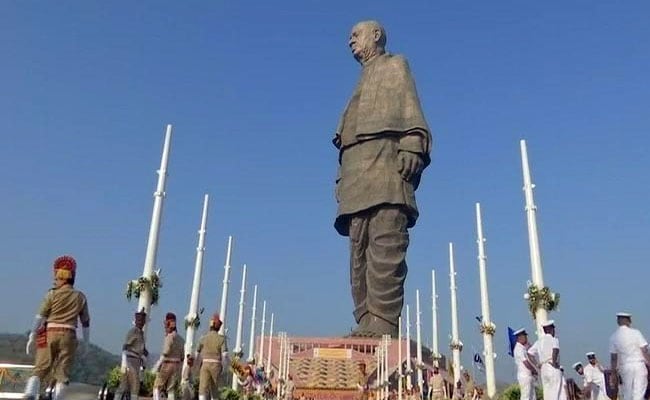 Dalit leader and Independent lawmaker, Jignesh Mevani lashed out at Prime Minister Narendra Modi on Twitter, after the mega inauguration of Sardar Vallabhbhai Patel's statue on Wednesday in Gujarat's Kevadiya. He said, Sardar Patel united India but the Prime Minister and BJP's "divisive politics will leave a fractured India!" Tribal communities "affected by government's irrationality and failure to uphold their rights have sent a message soaked in blood to PM Modi," tweeted, Mr Mevani.

Local tribal organisations at Kevadiya, where the Statue of Unity has been inaugurated, claimed as many as 75, 000 people have been adversely affected. The Gujarat government said 185 families, who were asked to relocate, have been compensated and allotted 1200 acres of new land.

Tribal community affected by government's irrationality and failure to uphold their rights have sent a message soaked in blood to @narendramodi . This is the cost tribal community will pay for your politics of appropriation in the name of #StatueofUnity.

Whereas #SardarVallabhbhaiPatel was responsible to unite India, your @narendramodi@BJP4India divisive politics will leave a fractured India! pic.twitter.com/EvHomJ22OJ

"No food will be cooked in 72 villages affected by the entire project, as we will be mourning on that day. The project is being carried out for our destruction," Dr Praful Vasava, a tribal leader told news agency IANS, ten days before the inauguration. "We don't have anything against Sardar Patel...we are not against development but this government's idea of development is lopsided and against the tribals," said Dr Vasava.

In his speech today, after the inauguration, PM Modi tried to assure the local people. He said the statue would generate employment opportunities for the local tribals living near the dam in Narmada district. "Tourism activities would also change the lives of the people. I am confident that this statue will help improve agriculture as well as the lives of local tribals," said PM Modi.