Uddhav Thackeray is not a member of either of the two Houses of the state legislature. He was sworn in as chief minister on November 28 last year, and completes six months in office on May 28. 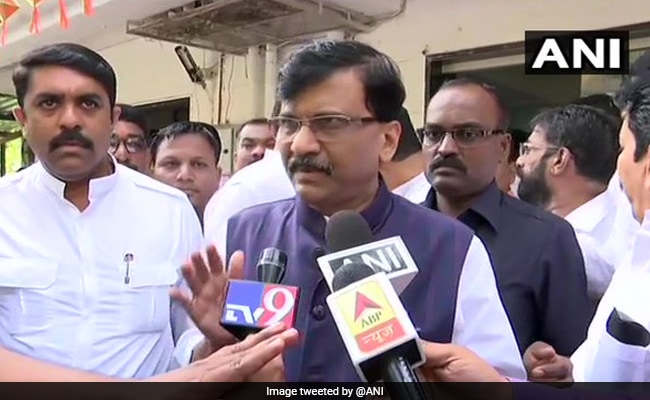 Sanjay Raut said that Mr Thackeray will remain chief minister of the state after May 27.

Mr Raut said the Governor's affiliation with the BJP is not a secret, but this is not the time to indulge in politics.

Mr Thackeray is not a member of either of the two Houses of the state legislature. He was sworn in as chief minister on November 28 last year, and completes six months in office on May 28.

As per the Constitution, a minister or a chief minister who is not a member of either of the houses has to be elected to either of the Houses within six months of being sworn into the post, failing which the person must resign.

"The Maharashtra Cabinet has recommended Uddhav Thackeray's name as member of the Legislative Council from the governor's quota. There is vacancy as well. Then who is stopping him (Koshyari) from approving the recommendation? Raut wondered while speaking to a Marathi news channel.

Mr Lal courted controversy after he appointed that state's finance minister N Baskar Rao as Chief Minister, while the incumbent CM N T Rama Rao was away in the US for surgery.

This change was supposedly done at the behest of then Congress leadership, even when Baskar Rao had no more than 20 per cent of MLAs supporting him. NTR returned to the state after a week and launched a massive campaign against Ram Lal. Asked why he recalled the reference, Raut said, I do not wish repetition of that incident in Maharashtra. I am of the opinion that this is not the time for politics. The Centre and the state should not fight with each other."

"Those who indulge in politics are anti-nationals. They should face sedition charges. I dare those trying to dethrone the Uddhav Thackeray government that they should desist from doing so," he said.

Neither Delhi nor the Raj Bhavan in Maharashtra can stop Mr Thackeray from staying chief minister of Maharashtra even after May 27, the Sena leader said.

"There is nothing to hide about Koshyari's BJP affiliation. But, I would like to make one thing clear that Uddhav Thackeray is going to be the chief minister of Maharashtra even after May 27," he said.

The Shiv Sena parted ways with long-term ally BJP after the state Assembly elections last year over the issue of sharing the chief ministerial post.

Mr Raut said he and NCP president Sharad Pawar had earlier raised the issue of Koshyari "running a parallel government" in the state and at times giving instructions to senior state officials which are "contrary" to the decision of Chief Minister Uddhav Thackeray.

"I raised the issue during the video conference with Prime Minister Narendra Modi a couple of weeks back. NCP chief Sharad Pawar also endorsed my views. It is a serious matter that the governor Koshyari communicates with several senior IAS officials without any consultation with state Cabinet, Mr Raut said.

The Raj Bhavan has been the epicentre of politics in the state.

He (Koshyari) was a BJP chief minister and before taking political plunge, he was an RSS pracharak. But it is a time when we want to see him firmly standing behind the chief minister," he said.

"This is not the time to pressurise the governor for their own gain. The governor will take a decision at the right time. There is no need to get restless over it," Mr Shelar said.