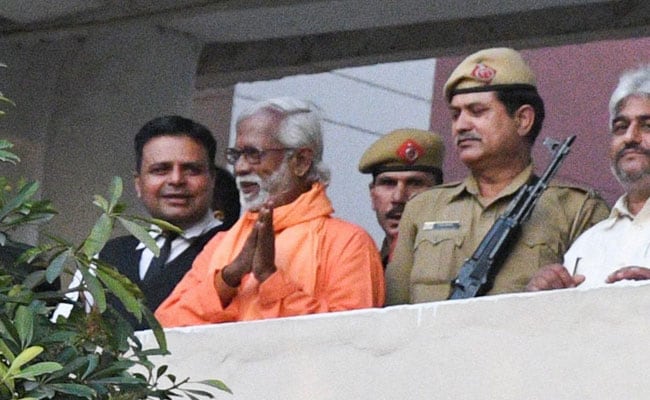 Swami Aseemanand has been acquitted in the 2007 bombing of the Samjhauta Express.

Swami Aseemanand, a saffron-robed monk who has been linked to three terror attacks, was among four men who were acquitted today by an anti-terror court in Haryana in the 2007 bombing of the Samjhauta Express that left nearly 70 people dead. The National Investigation Agency or NIA, which was probing the case, failed to prove the involvement of the men in the attack allegedly planned as a revenge for terror strikes on Indian temples.

The blast on the train headed from Delhi to Pakistan's Lahore took place near Panipat in Haryana on February 18, 2007. The blast had ripped apart two coaches of Samjhauta Express, killing 68 people, mostly Pakistani nationals.

Before pronouncing the verdict, NIA special judge Jagdeep Singh dismissed the request of a Pakistani woman for examining some eyewitnesses from her country.

The Haryana Police had registered the first case in the blast but the probe was handed over to the NIA in July 2010.

After its probe, the NIA filed a chargesheet in June 2011, indicting eight people for their alleged roles in the terror attack.

Of the eight, Swami Aseemanand, Lokesh Sharma, Kamal Chauhan and Rajinder Chaudhary appeared before the court and faced trial.

Sunil Joshi, the alleged mastermind of the attack, was shot dead near his home in Madhya Pradesh's Dewas district in December 2007.

The three other accused - Ramchandra Kalsangra, Sandeep Dange and Amit - could not be arrested and were declared "proclaimed offenders".

Swami Aseemanand, linked to the Rashtriya Swayamsevak Sangh (RSS) - the ideological mentor of the ruling BJP, was out on bail. The three others were in judicial custody.

In its probe, the NIA had concluded that the accused were upset with the terror attacks on Hindu temples - Gujarat's Akshardham, Jammu's Raghunath Mandir and Varanasi's Sankat Mochan Mandir.

They had conspired together to trigger the blast in the train, largely carrying Pakistanis, to avenge the terror attacks in various temples of the country.

The accused had conspired and formed a theory of ''bomb ka badla bomb'', the NIA had said in its chargesheet.