Samajwadi Party Alleges Scam By UP Government In Gorakhpur College

Samajwadi Party has alleged that BRD Medical College is involved in a scam of Rs 5 lakh per month in purchase of liquid oxygen. 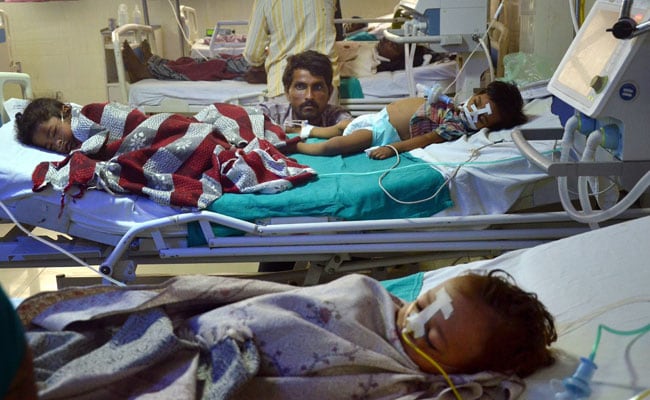 More than 60 children, mostly infants, died at the hospital within a week in August 2017.

"Chief Minister Yogi Adityanath says his government has zero tolerance for corruption. But in his home town, BRD Medical College is involved in a scam of Rs 5 lakh per month in purchase of liquid oxygen," SP district president Prahlad Yadav said.

When asked about the source of his information, Mr Yadav did not offer any.

"We have our sources and we know it. If government wants to say something, they should come out with proof to deny the allegations made by us."

More than 60 children, mostly infants, died at the hospital within a week in August 2017. There were allegations that the deaths occurred due to disruption in oxygen supply over unpaid bills to the vendor. The state government had vehemently denied that a shortage of oxygen led to the deaths.

The district president also said that the state government was not making hospital data public and maintaining secrecy. During the previous Akhilesh Yadav government, directions were given to the hospital to release admission, death and recovery data by 4 pm every day.

When BJP Mahanagar president Rahul Srivastav was asked about the issue, he said, "All allegations made by the SP leader are baseless. The rates (of liquid oxygen) have increased due to GST."