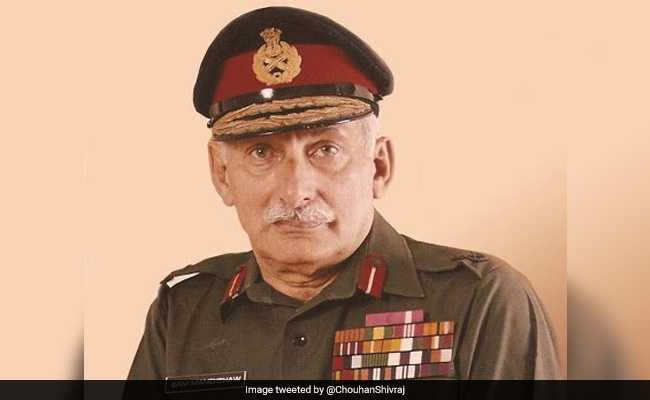 Sam Manekshaw is revered as a fearless patriot and country's best-known soldier.

New Delhi: Sam Manekshaw, India's First Field Marshal, was born on April 3, 1914. Today is his 104th birth anniversary. Born as Sam Hormusji Framji Jamshedji Manekshaw, he was famously referred as Sam Bahadur. He began his service in the British Indian Army in World War II, for which he won the Military Cross for gallantry. Known for his commanding leadership, Sam Manekshaw's distinguished military career spanned four decades in which he participated in five wars. He died at the age of 94. The swashbuckling general is revered as a fearless patriot and country's best-known soldier. When former prime minister Indira Gandhi asked him if he was ready to go to war with Pakistan over Bangladesh in 1971, he reportedly replied, "I am always ready, sweetie."