Rajasthan Dalit Boy Death: The development comes two days after the death of a Dalit boy who was allegedly beaten by a school teacher in Jalore for touching a drinking water pot. 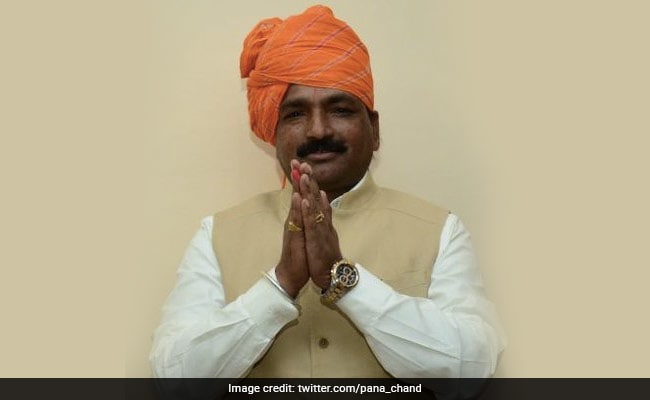 Miffed over cases of alleged atrocities on Dalits, Congress MLA Pana Chand Meghwal on Monday sent his resignation to Chief Minister Ashok Gehlot, saying he does not have the right to stay as an MLA if he cannot protect the rights of his community.

The development comes two days after the death of a Dalit boy who was allegedly beaten by a school teacher in Jalore for touching a drinking water pot.

"When we fail to protect the rights of our community...we have no right to remain on the post. After listening to my inner voice, I resign from the post of the MLA, so that I can serve the community without any position," the MLA from Baran-Atru constituency said his resignation letter.

Mr Meghwal said though the country is celebrating 75th anniversary of Independence, atrocities on Dalits and the other deprived classes continue.

"I am hurt looking at the atrocities. I cannot express my pain in words, the way my community is being tortured," he said.

Dalits are being killed for drinking water from a pot, sporting a moustache or riding a mare during a wedding. The judicial process is stalled and case files are passed from one table to the other. Cases of atrocities against Dalits are on the rise in the last few years. It seems there is no one to protect the rights of Dalits given by the Constitution, he said.

"In most of the cases lodged by Dalits, the police submit the final report. Many times, I have raised such cases in the state assembly but no action was taken by the police," Mr Meghwal rued.

Meanwhile, to probe the death of the boy who was beaten by his teacher, the state's Scheduled Castes and Schheduled Tribes Commission chairman Khiladi Lal Bairwa arrived in Jalore on Monday.

Indra Kumar, 9, was beaten up in the school on July 20. He died during treatment at a hospital in Gujarat's Ahmedabad on Saturday.

The accused teacher, Chail Singh, 40, has been arrested. The state government has announced a relief of Rs 5 lakh for the victim's family.