Railway officials, however, said most of these demands are "motivated by political reasons" and "regional considerations cannot override operational requirements of railways". 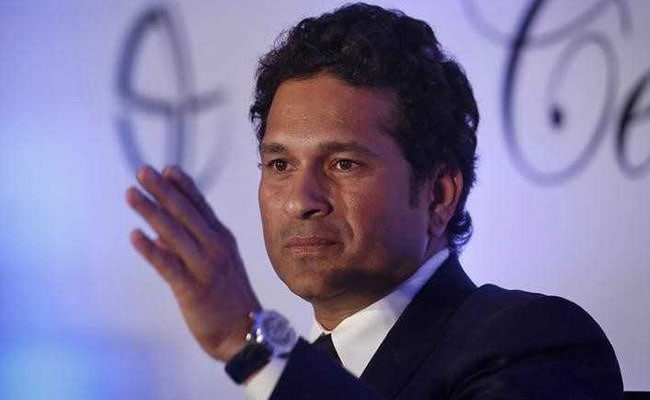 In three years, there were demands by over 170 VIPs including Sachin Tendulkar, Shashi Tharoor, Nitin Gadkari and Yogi Adityanath for new railway zones and divisions in their constituencies that are under consideration of the railway board, according to railway ministry records.

Railway officials, however, said most of these demands are "motivated by political reasons" and "regional considerations cannot override operational requirements of railways".

"Creating railway zones is a political compulsion. Committees formed by the railway board earlier in their reports have not only said that creating more zones was not financially or operationally feasible, but they have also urged the board to reduce the number of existing zones. Still, the demands have been coming in," a former Railway Board member told PTI on the condition of anonymity.

"Railway zones created in 2002-2003 and after, have all been done for political reasons and there were no technical or operational considerations involved in the decisions," the former Board member said.

Indian Railways ' operations are currently divided into 17 zones, which are further sub-divided into divisions, each having a divisional headquarters. There are a total of 73 divisions at present. In 2002-2003, seven new zones and eight new divisions were created and the Salem division was added in 2007.

During 2009-2013, 92 requests for new zones and 45 new divisions were made. These were examined by a committee formed in 2012. The committee in its report had said that "none of the requests were justified".

The cost of infrastructure for creating a new zone, according to an internal assessment of railways will be around Rs 205 crore while creating a new division will cost the national transporter around Rs 29 crore. These figures exclude extra cost of relating to creating or upgrading of posts, transfer, posting of staff and other costs.

The VIPs who have approached the railway ministry with their demands include members of both Rajya Sabha and Lok Sabha, officers on special duty, private secretaries of senior leaders, chief ministers, cabinet ministers and even the junior minister for railways Rajen Gohain.

While Road Transport and Highways Minister Nitin Gadkari sought a new zone as well as a new division in Nagpur, Mr Gohain wanted a separate zone in the northeast region. Cricket icon and former Rajya Sabha member Sachin Tendulkar batted for a zone in Mumbai suburban while Shashi Tharoor asked for a zone as well as a division in Thiruvananthapuram and Kannur respectively.

On the feasibility of these demands, a railway official said, "While these VIPs ask for new zones and divisions motivated by political reasons they have no idea how it can be made operationally feasible. Regional considerations cannot override operational requirements of railways. The dilution of administrative and operational control not only results in sub-optimum utilisation of costly assets and manpower but also the safety of passengers is compromised. These VIPs then themselves question the railways about cost of operations and safety issues."