Sachin Pilot's supporters claimed that it will be a record-breaking exercise, surpassing the single-day record of 6.11 lakh saplings, 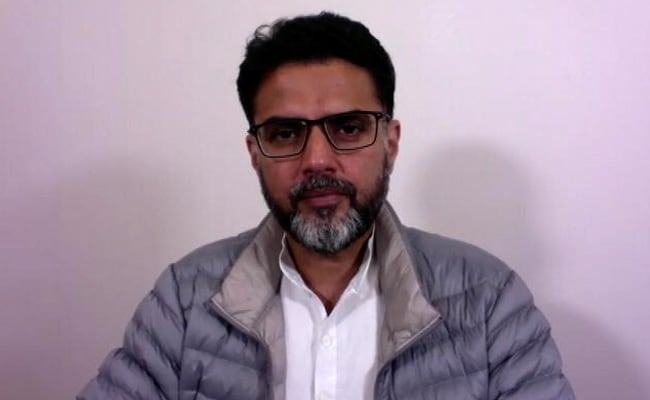 Former deputy chief minister Sachin Pilot's supporters plan to plant 10 lakh saplings on Monday ahead of his birthday, in a drive which is also meant to convey that the Congress leader enjoys the support of people throughout Rajasthan.

The Congress leader turns 44 on Tuesday.

His supporters claimed that it will be a record-breaking exercise, surpassing the single-day record of 6.11 lakh saplings, which were planted in 2009 in Dungarpur by a team of volunteers led by the then district collector.

Last year, a massive blood donation drive was conducted and around 45,000 units were collected in 400 camps.

The drive is being seen by many as an attempt to convey the message that Pilot enjoys the support of people throughout the state.

Mr Pilot and the MLAs supporting him had revolted against Chief Minister Ashok Gehlot last year, after which the Congress leader was removed from the posts of the state party chief and the Rajasthan deputy chief minister.

“We planned this massive state-level drive, arranged saplings and water tankers in just a few days and this shows the level of support Pilot gets across Rajasthan. The drive will be carried out successfully tomorrow,” said a leader who looked after the preparations.

He said at least 5,000 saplings will be planted in each of the 200 Assembly constituencies.

“The plantation drive will be conducted across the state. However, in Jaipur, Bharatpur, Kota and Ajmer divisions, the plantation is expected to be more than the target,” the leader said.

“Preparations for the massive plantation drive have been going for the past several days and saplings have been purchased from across the state. A few trucks of plants have been called from Maharashtra and Karnataka,” said Mahesh Sharma, former PCC general secretary.

“The campaign is inspired by Pilot's concerns for the environment, therefore, we planned to materialise it. The entire exercise will be conducted scientifically and records of all plants will be collected,” he said.

Several party MLAs and senior leaders will participate in the plantation drive.

PCC vice-president and former minister Rajendra Chaudhary said all preparations have been completed in all seven divisions of the state.

Congress MLA from Ladnun (Nagaur) Mukesh Bhakar said the plantation drive will be carried out at public places, on land of local bodies, schools and parks.

“Party workers and youngsters will break the single-day record of Dungarpur. From senior leaders to youngsters, all are excited for the drive tomorrow,” he said.

“We expect that the number of plants would cross the 10 lakh mark,” Bhakar said.