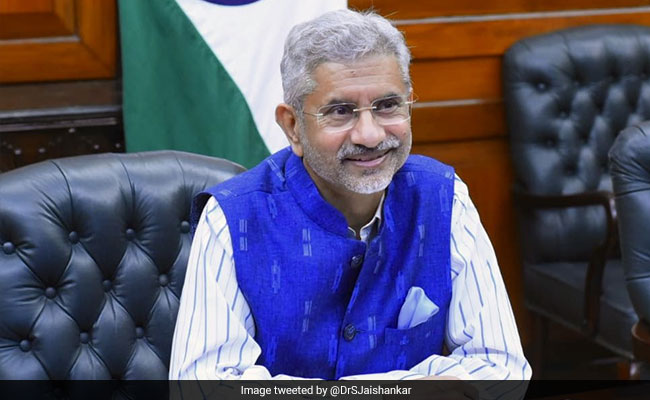 S Jaishankar will participate in the Virtual Informal Meeting of SAARC Council of Ministers. (File)

"EAM Dr S Jaishankar will participate in the Virtual Informal Meeting of SAARC Council of Ministers, which begins shortly. We look forward to positive and constructive discussions to take forward regional cooperation among member states for increased prosperity in South Asian region," MEA spokesperson Anurag Srivastava said in a tweet.

The SAARC summit has remained stalled after Pakistan-based Jaish-e-Mohammad (JeM) terrorists attacked a military based in Jammu and Kashmir's Uri, which killed 19 soldiers. Pakistan was to host the summit in 2016 but India decided to boycott the meeting following the Uri attack.

Other countries, including Bangladesh, Bhutan and Afghanistan, also walked out following India's decision.

On March 15, Prime Minister Narendra Modi held a video conference with SAARC leaders, in which he initiated a COVID-19 emergency fund for the regional bloc with an initial offer of $10 million for the fund.