Zalmay Khalilzad arrived in New Delhi in the midst of the Afghan peace talks in Doha which are aimed at ending 19 years of war in Afghanistan that has killed tens of thousands of people. 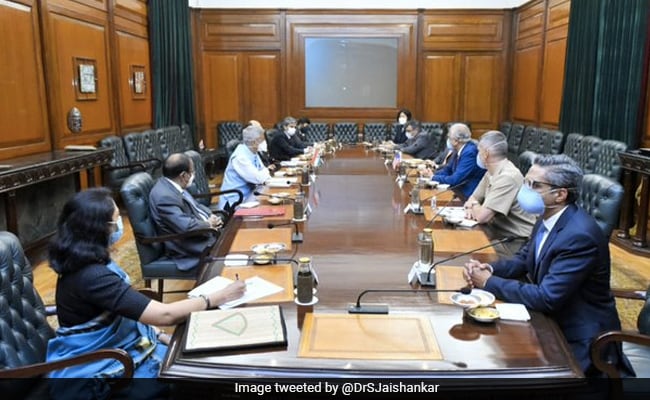 External Affairs Minister S Jaishankar on Tuesday held extensive talks with US special envoy for Afghanistan Zalmay Khalilzad on the historic peace negotiations between the Taliban and the Afghan government and related issues.

Mr Khalilzad arrived in New Delhi in the midst of the Afghan peace talks in Doha which are aimed at ending 19 years of war in Afghanistan that has killed tens of thousands of people and ravaged various parts of the country.

On Saturday, an Indian delegation attended the inaugural ceremony of the intra-Afghan negotiations in Doha while Mr Jaishankar joined it through video conference.

In his address at the ceremony, Mr Jaishankar said India expects that the soil of Afghanistan is never used for any anti-India activities.

There have been apprehensions in India over the possibility of use of Afghan soil for anti-India activities if a new dispensation that is friendly to Pakistan emerges from the intra-Afghan negotiations.

India has been a major stakeholder in peace and stability in Afghanistan. It has already invested USD two billion in aid and reconstruction activities in the country.

India has been keenly following the evolving political situation after the US inked a peace deal with the Taliban in February. The deal provided for the withdrawal of American troops from Afghanistan, effectively drawing curtains to Washington's 18-year war in the country.

India has been calling upon all sections of the political spectrum in Afghanistan to work together to meet the aspirations of all people in that country including those from the minority community for a prosperous and safe future.