RSS Affiliate Tells Muslims In Lucknow To Cut Cake On Bakrid, Not Animals

Muslim clerics and leaders view the attempt to misinterpret the religious tenets suspiciously and possibly, part of a broader agenda in the state ruled by Chief Minister Yogi Adityanath where the BJP came to power this year. 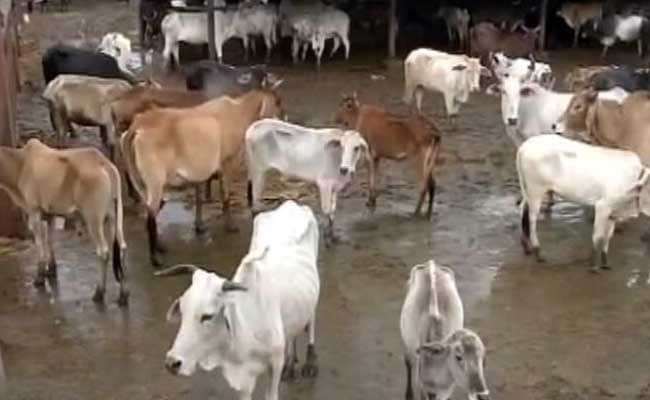 Muslim leaders have asked the RSS-backed Rashtriya Muslim Manch to back off.

LUCKNOW: An RSS-affiliated outfit Rashtriya Muslim Manch wants the community to end the practice of sacrificing animals for Bakrid, the feast of sacrifice to be celebrated by Muslims on Tuesday. It wants Muslims in Uttar Pradesh to cut a cake on Bakrid instead, drawing the ire of community leaders who asked the Sangh to at least spare their festivals at least.

"It is not necessary to sacrifice an animal in Islam... If you show mercy towards all living beings, so will Allah," said Raja Raees, convenor of the outfit set up in 2002 by the Rashtriya Swayamsewak Sangh, the  ideological mentor of the ruling BJP.

"Muslims can cut a cake baked in the shape of a goat," he told NDTV.

It is a message that the outfit's representatives say they has been trying to get across to the community ahead of Bakrid to commemorate what Muslims believe was Prophet Ibraham's willingness to sacrifice his son Ismail.

Some of them have equated animal sacrifice to the practice of instant divorce under triple talaq and called for boycott of people who don't fall in line. "Giving sacrifice during Bakrid is 'haram' (not approved) in Islam," MRM's Syed Hasan Kausar said this week.

Muslim clerics and leaders view the attempt to misinterpret the religious tenets suspiciously and possibly, part of a broader agenda in the state ruled by Chief Minister Yogi Adityanath where the BJP came to power this year.

"At least let us celebrate our festivals in peace. To create controversies over festivals can only be part of an agenda," shot back Muslim cleric Khalid Rashid. "At this rate, tomorrow they will argue tomorrow that the Quran does not have the word Islam too," he added.

Promoted
Listen to the latest songs, only on JioSaavn.com
All India Muslim Personal Law Board member Maulana Khalid Rashid Firangi Mahali said there were references to sacrifice in the Quran but wondered why Muslims were being singled out.

"There are temples too where animals are sacrificed. Why is such advice only aimed at Muslims," he said.